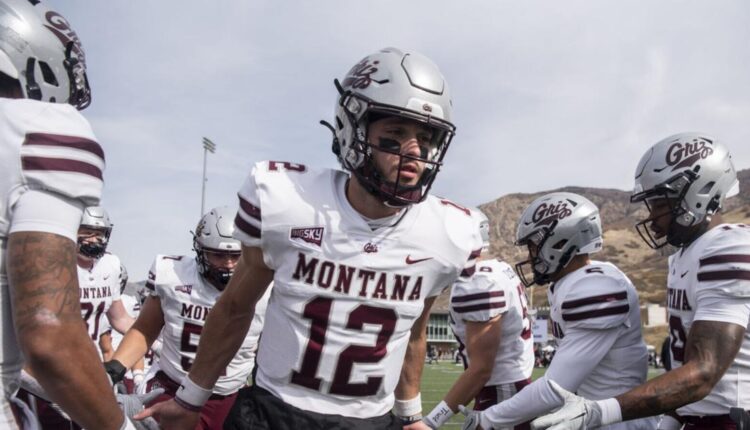 OGDEN, Utah – The Grizzlies’ trip to Ogden comes on the heels of back-to-back losses to Idaho at home and at No. 3 Sac State last week.

The Weber State Wildcats fell at Montana State last week so both teams are trying to bounce back from top-10 losses and avoid going into a skid at a crucial point in the season.

The last time UM lost three straight was in 2018 — coach Bobby Hauck’s first year back with the program. In that season, the team finished 6-5 and failed to qualify for the FCS playoffs.

Now facing the possibility of playing without starting quarterback Lucas Johnson, who got injured last weekend as the victim of a targeting penalty, the Griz will need a strong effort to avoid falling to 5-3.

The last time these two teams met, the Griz threw five interceptions and allowed six sacks, losing 17-10 to see Weber advance to the FCS semifinals for the first time in program history.

Griz wide receiver Junior Bergen is back after injuring his left hand on a punt return last weekend. His hand is heavily taped up, but he is good to go.

Starting defensive lineman DeAri Todd will return after going down last weekend with an undisclosed injury.

For Weber State, All-American running back Josh Davis will miss his third-consecutive game with an ankle injury.

As for the big one, backup quarterback Kris Brown led the team out on the field for warmups. If that is any indication, starter Lucas Johnson, despite warming up, will miss the game with a head injury after being the victim of a targeting penalty last weekend.

Weber State won the toss and elected to defer. The Griz will start with the football.

Lucas Semb is the Griz football beat writer for the Missoulian. Follow him on Twitter @Lucas_Semb or email him at [email protected]

Best web comments of the week