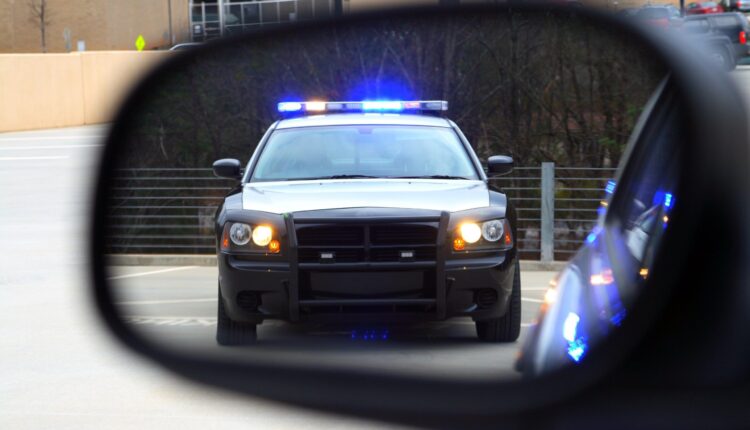 Riverside police arrested a 34-year-old Munster, Indiana, man who was later charged with felony unlawful use of a weapon after police found a loaded .762-caliber semiautomatic rifle along with a drum magazine for the rifle loaded with 70 rounds and three loaded handgun magazines inside his pickup truck during a routine traffic stop on June 23 at about 3:25 pm on Ogden Avenue.

An officer pulled the driver over for reportedly speeding at 53 mph in a 30 mph zone while westbound on Ogden Avenue. Police arrested the man for driving on a revoked license and then searched the vehicle prior to towing it.

According to police, the rifle was easily accessible behind a folded down rear passenger seat. The driver told police he bought the rifle in Indiana last year and that he had intended on bringing it to his mother’s house in the south suburbs after his own home had been burglarized recently and two handguns were stolen.

The driver did possess a Firearm Owner’s ID card but his concealed-carry license was expired, police said. The Cook County State’s Attorney approved the felony weapons charge against the driver, who was also charged with speeding and driving on a revoked license.

A 35-year-old Chicago man faces an aggravated assault charge after he allegedly threatened to throw a five-pound rock at a car whose driver had just snagged a parking space from him at the North Riverside Park Mall, 7501 Cermak Road, on June 21 just before 7 p.m

The victim told police that she had pulled into a parking space after a vehicle backed out. A Chevy Malibu pulled behind her vehicle and paused a few moments before pulling into another space.

When the victim and her passenger exited their vehicle the offender allegedly approached and confronted the victim about taking his parking space, sparking a verbal altercation. The offender then reportedly grabbed a rock weighing a little more than five pounds and quickly walked toward the victim’s vehicle, threatening to throw it at the car and raising his arm in the air as if to do so.

The offender reportedly eventually threw the rock on the ground and entered the mall through the food court while the victim called police, who located the offender in one of the movie theaters and charged him with aggravated assault.

Brookfield police reported three catalytic converter thefts in the village last week, the latest in a rash of such thefts over the past several months.

Police responded to the 8800 block of Plainfield Road on the morning of June 22 after a resident called to report that during the overnight hours someone had removed the catalytic converter from the under carriage of their 2017 Mitsubishi Outlander. The victim told the police it was the second time the vehicle had been targeted, the last time being in December.

On June 23 at about 2:25 am, a resident of the 3800 block of McCormick Avenue called to report a catalytic converter theft in progress, stating the offenders had just fled in a white sedan.

A Riverside police officer observed a white sedan traveling with its headlights off southbound on First Avenue at 102 mph. It was last seen getting onto I-55 South. Police at the scene of the theft observed that a 2007 Toyota Prius was missing a section of its exhaust system.

On June 24 at about 12:40 pm, a resident of the 3900 block of Madison Avenue called police to report that sometime in the prior 24 hours the catalytic converter was removed from his 2015 Chevy cargo van, which was parked in the driveway.

North Riverside police charged a 40-year-old Chicago man with aggravated speeding after an officer on patrol reported observing the man driving a gold Toyota Camry at 75 mph in a 35 mph zone while northbound in the 2300 block of First Avenue on June 21 at 4:45 am

During the ensuing traffic stop, the driver allegedly told the police officer that he was running late for work. Police also reported that the driver, who told the officer he was a citizen of Brazil but did not have his passport on him, had never been issued a driver’s license in the US

Further investigation confirmed the man’s identity. In addition to aggravated speeding, the man was cited for driving without a valid license and driving an uninsured vehicle.

A resident of the 100 block of Fairbank Road, Riverside, contacted police on the morning of June 25 to report that her Black Lives Matter flag had been stolen from the home.

The victim told police that it’s the second time the flag has been stolen, although she didn’t report the first incident. She told police she later found the flag, burned, at Swan Pond Park.

Brookfield police used private security camera video to track down the person who took a weed whacker, a leaf blower and four batteries from behind a garage in the 9100 block of Sherman Avenue on the morning of June 23.

Police tracked the license plate to a Cicero address and paid a visit. Officers located a man who admitted that he had taken the items, believing them to have been left out as trash. The officers recovered the items and warned the man against scrapping at Brookfield in the future.

These items were obtained from police reports filed by the Riverside, North Riverside and Brookfield police departments, June 20-26, and represent a portion of the incidents to which police responded. Unless otherwise indicated, anybody named in these reports has only been charged with a crime. These cases have not been adjudicated.