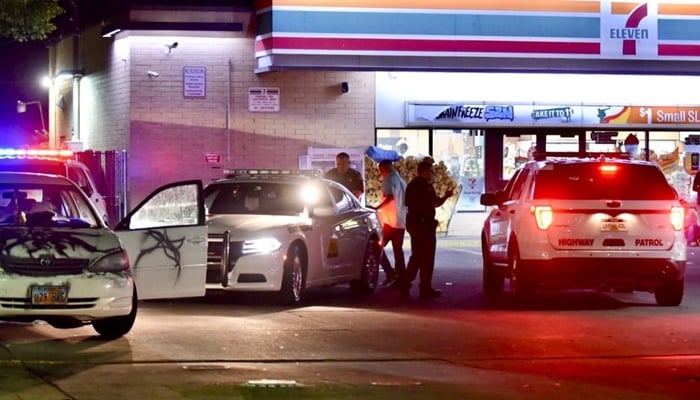 A Utah Highway Patrol vehicle was tracking the stolen vehicle and the suspect driver pulled into a 7-Eleven parking lot in the 1300 S. West Temple area at around 10:30 p.m., UHP Sgt. Cameron Roden told Gephardt Daily.

The policeman called for assistance from all over the county.

Other officers came and when they contacted the driver, there was an argument and the driver was taken into custody, Roden said.

Apparently no one was injured in the altercation.

The arrested driver has not been identified.

Gephardt Daily will learn more about this development as information becomes available.