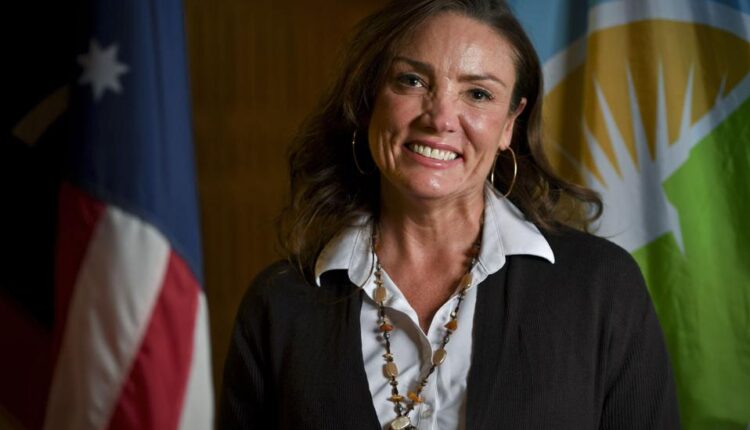 The power of President Abraham Lincoln’s time-honored phrase, “One government of the people, by the people, for the people” has gained additional meaning with the unrest of 2020. In every adversity, I have proudly watched our citizens come together for the greater good of our community. During potentially divisive issues, our community chose to find more to connect than to part like I knew we would!

Who could have foreseen the onslaught of national and state challenges that we would face together as a city? First came the pandemic, then the drought, followed by major concerns about the use of fireworks and the forest fires it caused. In all of this, our citizens have taken the security of their community into their own hands.

Given the severe drought conditions and the legal inability to ban fireworks, we have relied on our citizens to be fireproof during their July 4th celebrations. Our simple message, “Play It Safe in the Parks” was well received as a whopping 85% of the fireworks in our parks were safely set off. An even better statistic is 0 – as in, no grass or building fires. We have filed an application for dismissal within the Exclusion Zone which can result in a fine of up to $ 1,000, so we are reminding citizens of their personal responsibility if they choose to light fireworks.

When the fireworks window closed, we all breathed a sigh of relief. Chief James Miguel noted with pride that Provo was the only community in his long career that was so willingly obedient when it came to safely setting fireworks and protecting our urban interface. The clear air and the overfilled fireworks containers in the parks proved the hoped-for success. A “Grand Slam”, in the words of our grateful fire fighter Lynn Schofield. Definitely words a mayor wants to hear!

With fireworks being sold on every corner and a citywide ban being both illegal and unenforceable, we decided to find a safe way to celebrate together. Provo’s philosophy during the fireworks season is simple: share information about extreme danger; Offer safer options and trust our citizens to make wise choices. I knew we could!

Successful solutions come when a city works with its citizens, and our ongoing goal is to strengthen that connection. A government is simply its people. In every difficult situation we have seen, the government has played a role, but success would not be possible without the action of its citizens. State measures alone can only go so far by their very nature. Citizen engagement is and will remain the decisive difference maker.

I can’t help but be impressed by the general responsiveness of our citizens. We’re a community-minded people, with Provo being in the top 10 nationwide for charitable giving. Yes, we sometimes disagree, but we value this community and we value each other. That is certainly one reason why we are affectionately known as the “World Capital of Volunteering”.

We have connected in crises and now let us build on our city-citizen connection on a daily basis. Stay up to date with the monthly Connect newsletter sent to all Provo households or visit us on our recently launched information dashboard on ProvoConnect.com. Not only do we have all of our current fire safety information, but also city project updates, event information, helpful videos, online newsletters and our latest citizen survey.

The resounding success of our Play It Safe in the Parks on July 4th prompted Provo Fire & Rescue to work again with our tireless Parks and Recreation team to open 14 of our parks to our community to keep Utah’s pioneering heritage safe to celebrate. We would like to thank our park employees for their dedication to safety, regardless of the debris left behind. As a reminder, both fireworks and trash cans are available in all parks. So please do your part to keep our parks clean.

With hot weather and more dangerous fire conditions expected, we once again trust our citizens to protect our community during the upcoming opening of the open fire window on July 22nd at 11am

A well-run government is one in which the people and those who have the privilege of serving them work together to solve local problems and thereby build better communities. I know we can.