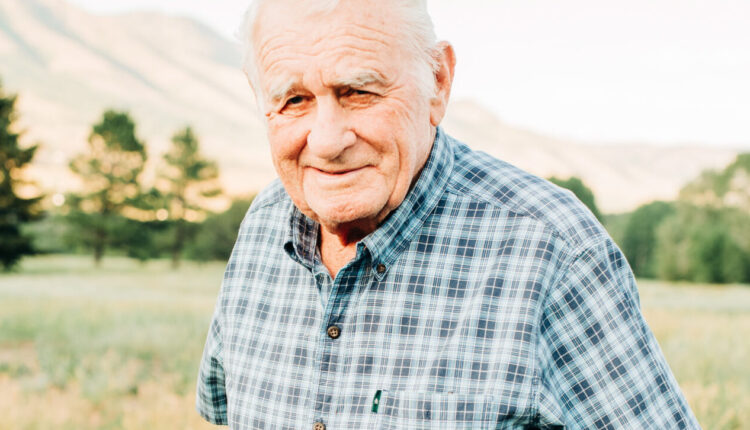 We wish we were there to see the loving reunion he was sure to have with his parents Lisle Stanley Fuller and Sarah Jane (Sadie) Fuller, the hugs he received from six of his grandchildren and great-grandchildren who looked upon his Delighted arrival, and the tender moment he had with his brother Neil Fuller and his sister-in-law Deonna Fuller, who greeted him on the other side.

McKay was born on April 29, 1935 in the Little Tithe House in Leeds, Utah. Since then he has been “ready” for life. He graduated from Jordan High School in 1953 and could often be heard singing, “Go Beetdiggers, go Beetdiggers, go!” He met the love of his life, Karen, and fell in love after many dates to the tree stump to eat peanuts they get into each other.

While Karen patiently awaited his return home, he served in the Central State Mission for The Church of Jesus Christ of Latter-day Saints. They were married shortly thereafter in 1957 in the Salt Lake Temple. It was the beginning of a long and wonderful life together.

Mac loved sports. He loved playing basketball and claimed he made more hoops (and tries) in the old North Ogden Church than anyone else. If you’d spent an evening with him, you would surely have heard him ask Siri about the current game score. There’s no doubt that Mac and his brother Neil are remembering the Red Sox right now. His more recent love of the sport was golf, fishing, and horseshoes, where he met many friends he loved.

Shortly after moving to St. George in 1990, he entered the horseshoe competition with the Southern Utah Horseshoe Pitching Association. He was honored as a horseshoe thrower for his 25 years participation in the Huntsman World Senior Games and won several medals. He made a lot of friends there and would have loved to play one last game.

Two of his brothers, Kendall Reid Fuller (Diana) Rexburg, Idaho, and Francis Heber Fuller (Nancy) Washington, Utah, loved playing horseshoes with him. Along with his other brothers, Gaylin Sant Fuller (Edna) Dayton, Idaho, and Steven Ray Fuller (Myrna) Preston, Idaho, they consider McKay a role model and claim that his decision to serve a mission had a huge impact on theirs Life.

He was very fond of CMUs (concrete masonry). Whenever he saw them, he thanked them because they helped him bring his family a great life. He was a salesman at heart. He loved people and they loved him. He was nice to everyone and could even make a best friend in the grocery store. He also quickly made friends with all of his children’s friends and everyone felt welcome in his home. He could find common ground with everyone he met. We call this the “Mac” daddy approach.

McKay’s most precious possession was his large family. He had nine children, 41 grandchildren, 48 great-grandchildren and countless nieces and nephews. He loved going to family outings and reunions. One of his favorite pastimes was sending each of his descendants a birthday card on their birthday. He also loved buying his grandchildren a book for Christmas. It was always fun to gather around him while he read the story to them.

McKay served in the temple for 7 years, and his favorite was to serve with the children in the baptistery. He also served as the Boy Scout Master for several years, teaching the boys silly songs and life skills. He served as a counselor in the bishopric and was very pleased with his work with the youth and other ward members. He was a man without deceit and refused to hold grudges. He would advise us, “Don’t sweat the little things; and they’re all little things. ”Many will miss him because he was loved by everyone.

McKay’s funeral services will be held on Saturday, October 2, 2021 at 1:00 p.m. at Green Valley 8th Branch Chapel at 1282 W. 500 S. in St. George, Utah Tonaquint Cemetery along with military honors from the St. George American Legion for his 8 years of service with the National Guard.

Arrangements are made under the direction of Spilsbury Mortuary, 110 S. Bluff Street St. George Utah. Family and friends are invited to sign up for Mac’s online guest book at www.spilsburymortuary.com. Masks are recommended.

The public is weighing the future of Bridal Veil Falls