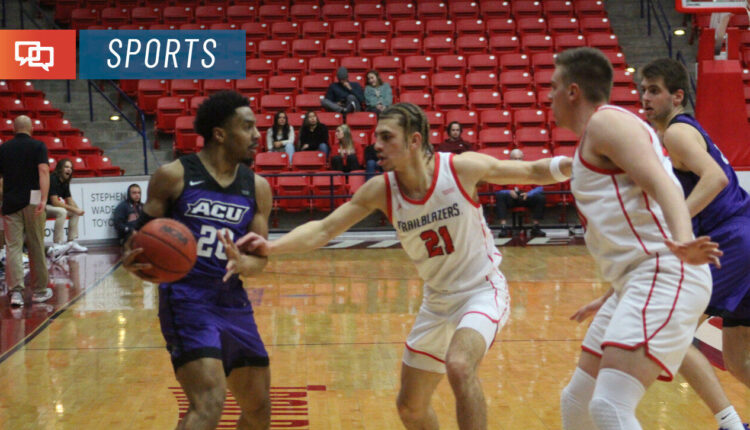 Isaiah Pope (21) plays for the Trailblazers in a WAC basketball game earlier this season, Jan 8, 2022 | Photo by E George Goold

ST. GEORGE – While most fans are anticipating the Utah Tech University football season kickoff at Sacramento State Sept. 3, two other Trailblazer teams are finalizing schedules for their upcoming seasons – men’s basketball and baseball.

Head coach Jon Judkins’ squad will have two match-ups against NCAA tournament teams from last year before running the gauntlet that is the Western Athletic Conference schedule.

That game will be preceded by a day-after-Thanksgiving matchup against tournament host University of North Dakota Nov. 25.

Other early season non-conference highlights include: season tipoff at Nevada Nov. 7; at Washington Nov. 14; at Idaho Nov 19; the program’s first-ever game in Logan at Utah State Dec. 1 and a matchup against in-state rival Weber State in Ogden Dec. 3.

Utah Tech (in its last year as Dixie State) finished 13-18 overall. The Blazers finished with a 10-6 record inside the friendly confines of Burns Arena and finished 6-12 in WAC play, good for 10th place in the conference standings.

“We are very excited about the prospect of playing more home games than road games in 2023, the first time that has happened since joining DI,” Pfatenhauer said in the press release.

In its third year as a Division I program, Utah Tech will play 54 games including 29 home dates at Bruce Hurst Field.

The Trailblazers will have matchups against five 2022 NCAA Regional teams, as well as home-and-home contests against in-state rivals Utah, BYU and Utah Valley. 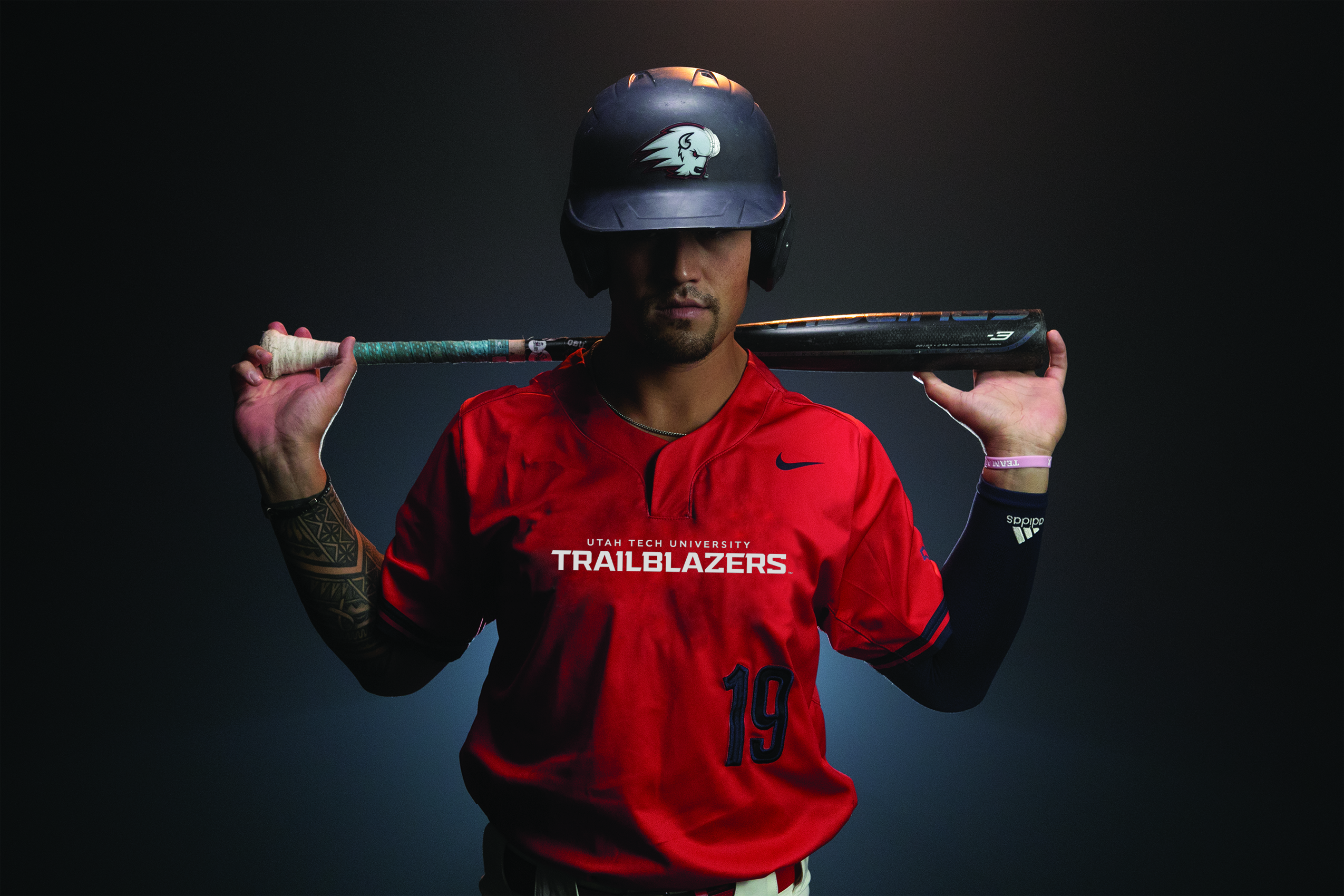 Utah Tech will enjoy a 13-game homestand early in the season. Opponents in that stretch are Portland (Feb. 17-19); Wichita State (Feb. 24-26); South Dakota State (March 3-5) and the homestand finale against BYU Tuesday, March 7.

“Hosting teams such as BYU, Portland, South Dakota State and Wichita State are huge for a still transitioning program like ours,” Pfatenhauer said.

“As well as having the ability to go on the road to Oklahoma State, Arizona, ASU, BYU, Utah and Oregon, will be amazing experiences and tests for our program,” he added.

The Trailblazers are eligible to compete at the 2023 WAC Baseball Championship Tournament, which will be held May 24-28 at Hohokam Stadium in Mesa, Ariz.

Utah Tech (then Dixie State) wrapped up its second NCAA Division I season with a 22-33 overall record, which included a 14-16 conference mark and a fourth-place finish in the WAC’s Western Division.

Eric George Goold came to St. George News from southwestern Colorado, where he was a radio news reporter. He has been a journalist for over 20 years in five different states. He graduated with a master’s degree in English from Kansas State University and writes nonfiction as well. Goold has been published in Sunstone Magazine and has done multiple public readings about local history. When he has free time, he enjoys chess, movies and dogs.