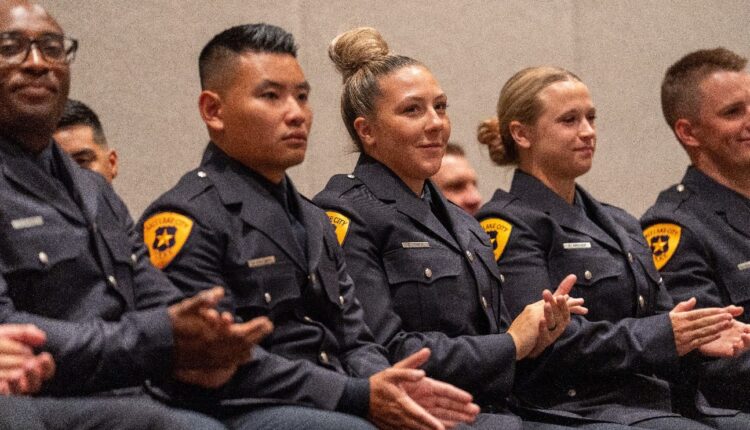 “This graduation comes with a lot of emotions,” said Salt Lake City Police Chief Mike Brown in a news release. “We’ve seen all the devastating headlines across the country about mass shootings and police officers being hurt and killed. But we’ve also seen the remarkable bravery of officers who have run into chaos, inside grocery stores, inside schools and at parades to protect their communities.”

For the past seven months, the new officers received training in a variety of areas. This training was provided by the SLCPD Training Division, and it included defensive tactics, crisis intervention, firearms and emergency vehicle operations.

“As future officers, these 21 recruits are entering a profession that remains in a state of change,” Brown said. “Police departments across the country are strained. With best regards, this is nothing new. This profession has weathered many difficult times before. But today is different. We are overcoming the challenges we face with more resources, technology and training than we have ever had before. That knowledge and skill translates itself into stronger and safer communities throughout Salt Lake City.”

According to SLCPD, the department is short 39 sworn positions from the level that the City Council has set.

In May, SLCPD welcomed 24 new recruits. SLCPD anticipates those recruits will graduate in October.