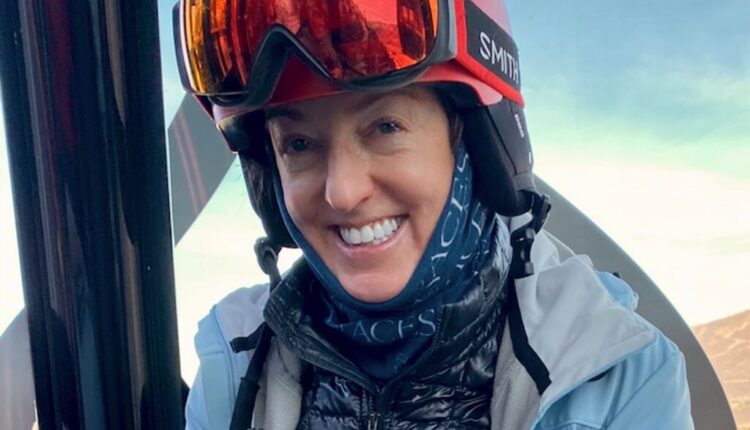 Allison Pattillo was named new editor for the Aspen Times on January 1.

As weekend enthusiasts ushered in the new year, The Aspen Times also ushered in a new chapter with a new editor, Allison Pattillo, and new owners as Ogden Newspapers takes over the reins of the 140-year-old newspaper’s business.

Pattillo, who has served in the Roaring Fork Valley for nearly 20 years, will assume the position of directing Aspen Times operations previously held by Samantha Johnston for more than seven years.

The Swift family announced in November that they had decided to sell most of their publications – including those in Aspen and other Colorado resort communities – to Ogden Newspapers, another family-run media group led by the Nutting family. Ogden publishes 50 daily newspapers, several weeklies, and a number of magazines in 18 states.

As editor of the Aspen Times, Pattillo will oversee the operations of the newsroom and lead the advertising team. A graduate of the University of North Carolina, Pattillo’s family moved from Maryland to the Valley in 2002.

She has extensive editorial and project management experience: her resume includes writing and editing for national magazines and websites, running sponsored content marketing campaigns, working for publications such as Trail Runner and Aspen Sojourner, and a three-year tenure as the producer of some of the Aspen Times magazines. Recently, her focus has been on launching the Times membership program.

“It’s human nature to think your community is special, but Aspen really is. We have not one but two free daily newspapers, a vibrant arts and entertainment scene, world-class skiing, the Aspen Institute, and a vibrant community that spans the socio-economic spectrum, ”said Pattillo, whose two daughters graduated from Aspen High School . “This is not a market that necessarily responds well to mass market solutions. My goal is to make sure we keep doing what we are good at while developing new ideas that make sense for Aspen. “

With the acquisition of the Colorado newspapers under the Swift family umbrella, Ogden is bringing back to the state a former reporter, editor and advertising director with ties to Colorado.

Scott Stanford has been in the Lawrence, Kansas news industry for more than 30 years; Fort Wayne, Indiana; and Steamboat Springs, where he was the editor of Steamboat Pilot and Today for 12 years. (The Pilot & Today was also part of the Ogden acquisition.) He returns to the state as a member of the Odgen leadership team; He will serve as the new group editor for Swift Communications for the Colorado properties and Park Record in Park City, Utah.

Pattillo’s commitment to the Aspen community made her stand out among a cohort of “great” candidates for the publisher, Stanford said.

“Allison fits these qualities as well as anyone I could have imagined. I think she’ll do a great job. “

Pattillo will take over the management of Johnston, which joined The Times in April 2014 after serving as executive director of the Colorado Press Association and prior to that in journalistic positions, including in her hometown of Steamboat Springs at Pilot. Johnston leaves The Times, but not the Roaring Fork Valley.

Johnston will be helping with the change of publisher and Ogden over the next few months. Furthermore, her business avenue remains uncertain, but she said she plans to regain her love of CrossFit, reconnecting with Pathfinders to deliver meals to his customers, pamper her niece and nephew, and plan their wedding.

“The attraction of this special little Whoville is a magnetism that I have not experienced anywhere else in the world. Visitors, second home owners and locals love this place as much as they love their own, ”said Johnston. “Aspen is“ my ”city for anyone who can feel a little of its magic. To be at the top of the Aspen Times has been the greatest honor and joy and the highlight of my career because what we do is so important to so many people. What a fun ride it was. The crown jewel of my time, however, is undoubtedly the team from The Aspen Times. “

“Ogden’s strategy for acquiring newspapers is to develop good markets with good newspaper teams. Swift Markets – Aspen, Vail, Summit County, Steamboat Springs, Glenwood to name a few – certainly qualify as great markets, ”said Stanford. “And we were really impressed with the people across the organization. The Aspen Times staff is a great example – lots of talented people who publish a great newspaper and take great care of one another. “