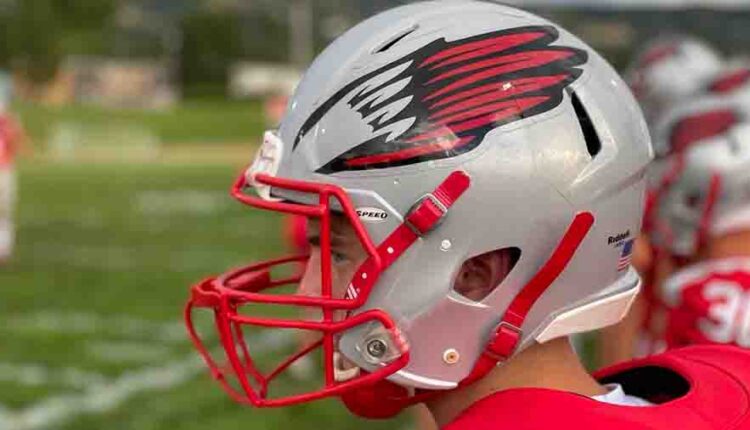 SALT LAKE CITY – The Bountiful Redhawks needed a big fourth quarter but they took down the Highland Rams 28-3 in the season opener on Friday night.

Corbin Cottle brings back a 95-yard kick return and Faletau Satuala brings back an 84-yard pick-six in the victory.

Here are all of the results in the 5A classification from the first week of the 2022 high school football season.

Payson gets the victory by a score of 44-14. Payson was lead to the blowout win by the tremendous passing performance of Kade Edwards who threw five touchdown passes in the win.

Grantsville gets a 30-12 victory over Provo. Grantsville employs two quarterbacks, Hunter Bell throws for two scores and Parker Williams adds a scoring throw as well in the victory.

West Jordan gets the win over Woods Cross as the Jaguars defeat the Wildcats 31-21. Dameon Crosby throws a touchdown pass for West Jordan in the win. Meanwhile, Lock Smoot tosses two touchdowns for Woods Cross.

Park City gets the victory over Wasatch by a final score of 31-10. Chase Byer ran for two touchdowns and threw for one in the win. Meanwhile, Brayden Beyer scored on a run of his own.

Stansbury blows out Pine View 72-13. Stansbury scores the most points out of any team in the state in week 1 as they put up 72. Stansbury hurler Ezra Harris throws four touchdown passes in the victory.

Box Elder blows out Kearns 47-7. Braylon Majors snags a 73-yard interception return for a touchdown in the process. QB Ryan Griffin threw for one touchdown and ran for another.

Cyprus defeats Toolele 25-0. The Pirates get the shut out to open the season. Skyler Armenta, Dee Kofe, and Trey Lester all run in touchdowns for the Pirates.

Lehi shuts out Davis 48-0. QB Jackson Brousseau throws for three touchdowns in the victory for Lehi.

Maple Mountain runs away with it to beat Mountain View 41-14. Jaxson Denton and Easton Merrell both show out on special teams and return kicks for touchdowns in the win.

Timpview pulls off a massive upset and beats number three ranked lone peak by three touchdowns. Michah Beckstead runs the ball to paydirt two times and QB Quezon Villa throws for a TD in the win.

In a defensive battle, a game in which only three points were scored, Carbon beats Hillcrest 3-0.

Summit Academy defeats Cottonwood 41-13. Devin Watson throws five touchdown passes for the Bears in the win. Gavin Talbot has a 15-yard run for a score.

Timpanogos wins 41-25 over Jordan. Chase Riggs threw for four touchdowns in the victory for the Timberwolves.