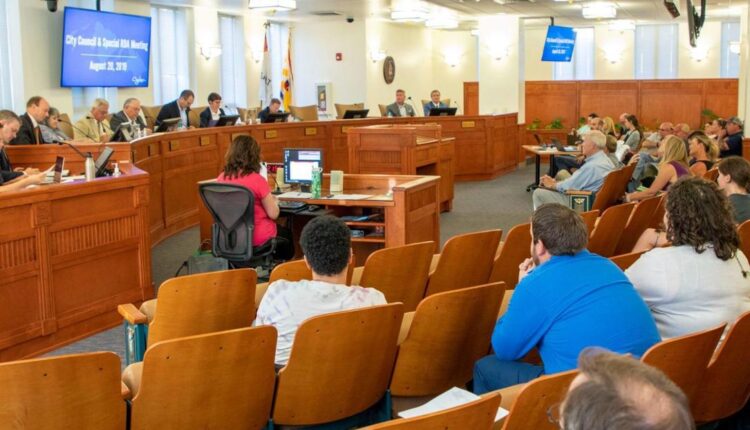 OGDEN – After an unprecedented calendar year, Ogden City officials say Junction City is better off financially than it was before the COVID-19 pandemic began.

Last week, Ogden City Council decided to approve Ogden’s annual budget for fiscal year 2021-22. With a total budget of $ 215 million, the main theme of the city budget this year was caring for employees and maintaining basic services through competitive wages.

During last year’s process, city officials formed the budget when the COVID-19 pandemic fully surfaced. Mayor Mike Caldwell called the 2020-21 budget the most conservative of its nine-year tenure at the time, and the city has subsequently implemented a number of contingency measures to cut costs, most notably eliminating the usual staff increases.

Last year, the city planned to reduce sales tax revenue by 17% year over year – a figure recommended by the Utah League of Cities and Towns and several other outside financial experts. The city also expected license and permit revenue to decline, but the losses never occurred – quite the contrary. A report by the Wasatch Front Regional Council, using data from the Utah State Tax Commission, shows that despite the unprecedented pandemic, Utah taxable sales increased 8.4% in 2020 compared to 2019. Ogden’s sales tax revenue increased about 8%. according to the message.

With the unexpected cash in the city’s coffers, the raises were eventually reintroduced, with employees receiving a raise and a retrospective payment in April for the months when they had no standard increases.

Ogden employees won’t have to wait for a raise this year. The budget for fiscal 2022 is $ 5.9 million for a 4% increase in wages for all of the city’s employees. The city will also implement recommendations from a recent compensation study that will increase salary ranges for all employees. Another phase recommended in the study is expected to be implemented in the next financial year, which will further increase the coverage.

“The last year has been … difficult for everyone,” said Caldwell. “Getting to this point on the budget … I find it amazing.”

The budget is for the city to see another increase in sales tax revenue over the next year, this time a staggering 39% and a 12% increase in total general fund income.

“Despite a global pandemic, Ogden City is fortunate to have a stable financial footing,” said Vice-Chair of the Council, Marcia White. “The conservative handling of the previous year’s budget and increasing sales tax income have put (us) in a good position. The city’s employees are our greatest asset, and we’ve been able to reward our employees better to improve retention and recruitment. “

A sentiment echoed by Caldwell and other members of the council, White said that having a quality workforce helps better deliver the necessary services to residents.

“Your contributions are vital to the future of our community,” said White.

The budget also provides funding for five new jobs within the city, including an accountant, an economic development clerk, two information technology jobs, and a building maintenance technician. The council has also requested funding for two additional positions in the city’s engineering department that would add an additional $ 298,275 to the general fund.

The city’s fiscal year begins on July 1st and ends on June 30th.