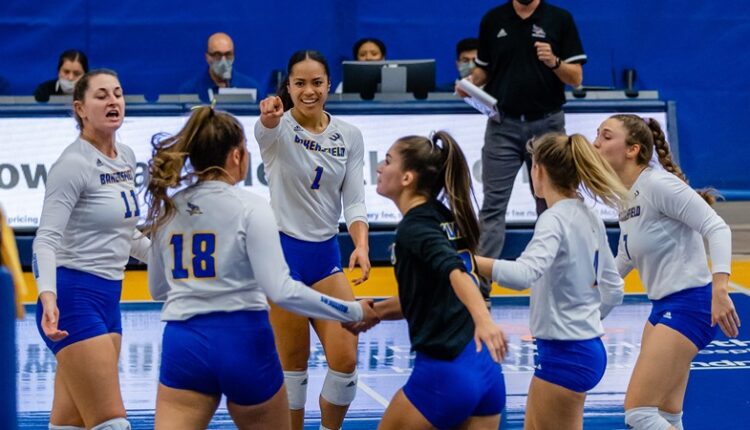 BAKERSFIELD, Calif. – The news that the CSU Bakersfield volleyball team has accepted an invitation to compete The National Invitational Volleyball Championship is still on the rise, but the Roadrunners have been working hard to get the tournament started on Friday December 3rd for the first two rounds of NIVC in the single-elimination game.

“We are very happy to be able to play in the postseason,” said Giovana Melo, volleyball director at CSUB. “The NIVC is a great opportunity for us to keep competing and getting better as a program. Weber State is a very good team. I think it’s going to be a super fun fight.”

The “Runners are to play against Weber State in the opening round of the NIVC” The first serve is scheduled for Friday at 5 p.m. (PT). A first round win against the Wildcats would result in Bakersfield facing the winner between Portland State and Pacific.

Weber State (20-9, 13-3 Big Sky) won the Big Sky Conference regular season title, but the Wildcats were upset by runner-up Northern Colorado in the championship game of the Big Sky tournament on their home court.

Portland State (19-10, 12-4 Big Sky) also fell to Northern Colorado, but in the semi-finals of the league tournament. Pacific (13-16) finished the tough West Coast Conference with a 10-8 record. The Runners and Tigers faced each other in Bakersfield in an unofficial game that CSUB won 3-1 in a pre-season scrimmage. The second round NIVC matchup is scheduled for Saturday, December 4th at 1 p.m. PT in Ogden.

Click here to view the full NIVC mount for 31 teams Shortcut. All regional league games with four teams will be broadcast live on ESPN +. Links to the tickets, video broadcasts, live statistics and more can be found at GoRunners.com/Live. At this point, Weber state is not imposing crowd restrictions, nor does campus require masks or proof of COVID-19 vaccination.