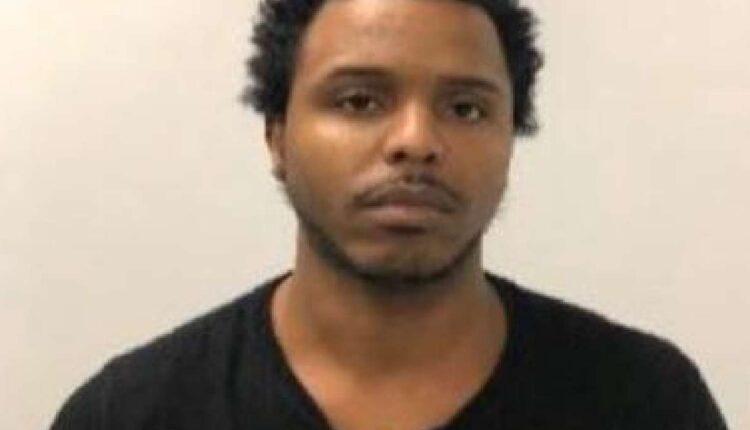 Ogden man guilty of murder in connection with 2020 shooting, killing of Layton man

Michael Hines, an Ogden man, was found guilty of murder in connection with the 2020 shooting death of an 18-year-old man in Layton. (Davis County Jail)

FARMINGTON — An Ogden man has been found guilty of murder and other criminal charges related to the 2020 shooting death of a man in Layton.

Michael Jameel Hines, 31, was found guilty Friday night on single counts of murder, a first-degree felony; obstructing justice, a second-degree felony; and possession or use of a firearm by a restricted person, a third-degree felony. Hines was convicted on the latter charge by a judge, while a jury convicted him on the murder and obstruction charges, according to court records.

Around 11:45 pm on March 12, 2020, police and first responders were sent to a home in the 700 block of North Fairfield Road in Layton after dispatchers received a report that someone had been shot, according to charging documents. They found a man, later identified as 18-year-old Kannon Beesley, who was shot in the chest. Beesley was transported to Davis Hospital and Medical Center where he died just before 12:30 am the following day.

Police interviewed Beesley’s mother, who told them that Beesley woke her up and told her, “Jeremiah’s brother shot me,” according to the charging document. Investigators found spent shell casings and a large amount of a “green leafy substance consistent with marijuana spread throughout the room and on the floor,” the charging document says.

Investigators later identified “Jeremiah” as Jeremiah Wright, who was in the home when the shooting took place, and Wright was later arrested in Salt Lake City. Wright — who was arrested on investigation of obstructing justice, but court records show was never formally charged — told police in an interview that he was not the shooter, and he identified Beesley’s shooter as Hines. Hines’ charging document says Wright was “best friends” with Beesley. It was not clear from court records whether Wright and Hines are related.

Police were later able to find an address in North Salt Lake associated with Hines, and a Layton police SWAT team arrested him at the address. Hines initially denied all involvement with the shooting, but charging documents state he later told police that he and Wright planned on paying Beesley the money Wright owed him and then robbing him of the marijuana and money. Hines said he grabbed the bag of marijuana and started fighting with Beesley.

Hines told police that Wright shot Beesley, but police said there was “no evidence of that,” charging documents state. Police noted Hines “sung throughout the interview and was not completely cooperative,” according to charging documents. The documents also state the evidence suggested Hines was the shooter.

Online court records show that Wright was called to testify during Hines’ trial, which took place over multiple days in April. Court records also show that the jury began its deliberations Friday afternoon and returned the guilty verdicts around 9:45 pm Friday.

Hines will remain in custody at the Davis County Jail, where he’s been since his March 2020 arrest. He is scheduled to be sentenced for his crimes on June 27 in Farmington’s 2nd District Court.