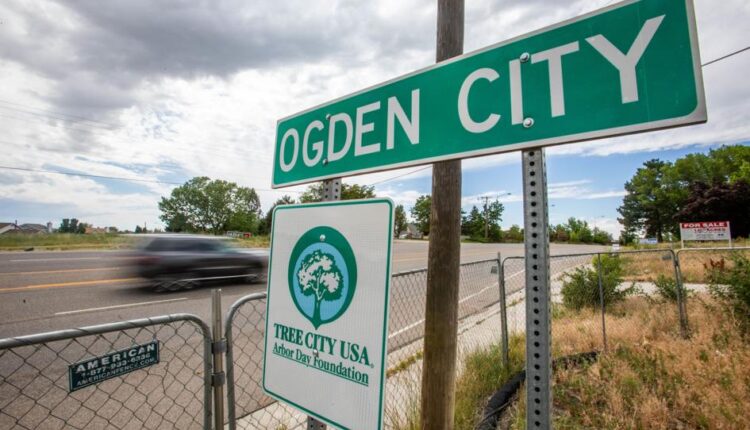 As the city built its budget for 2021 in the first few weeks of the pandemic, the process was driven by what Mayor Mike Caldwell called an “extremely conservative approach” due to the projected tax revenue losses.

“When we put this budget together, we were only just getting into the pandemic,” Brown said. “Some of the sales numbers … still reflect the conservative budget approach we took.”

In the 2021 budget, Brown said the city programmed a 17% year-on-year reduction in sales tax revenue – a figure recommended by the Utah League of Cities and Towns and several other outside financial experts. The city also expected a decline in license and permit income, but Brown said none of those losses had occurred as of now.

The city expects tax revenue to exceed projected projections by $ 3.34 million in fiscal 2021. The city’s fiscal year runs July 1 through June 30, and Ogden City Council approved Ogden’s budget for fiscal year 2021 in late June. The city relies heavily on sales and property taxes to fill its general fund. According to urban planning documents, property taxes make up around 26% of the city’s general fund budget. The city’s other major funding stream, sales tax, also accounts for 26% of general fund income.

Ogden’s chief administrative officer, Mark Johnson, said while some industries, such as hospitality and food service, were hit extremely hard during the pandemic, others have done surprisingly well. He said significant increases in spending at home improvement grocery stores and even auto sales helped keep the city’s tax revenues relatively healthy on balance.

Brown said the city also expects to beat revenue projections for licenses and permits by about $ 205,000, although service fee revenue is likely to be about $ 350,000 below budget projections.

“There’s a kind of cautious optimism,” Brown said. “I think this is a good way of describing where we are financially.”

Due to the city’s conservative, pandemic-oriented approach to the 2021 budget, the usual salary increases for city employees and increases for public safety personnel have not been implemented this year. Caldwell and other members of the administration have announced that they will review this aspect of the budget frequently and make adjustments as necessary.

While Brown said Ogden continues to deal with salaries that lag behind comparable large cities, Johnson said a proposal regarding pay is in the works. Although he did not want to give details, he said the proposal should be presented to Ogden City Council in the next few weeks.