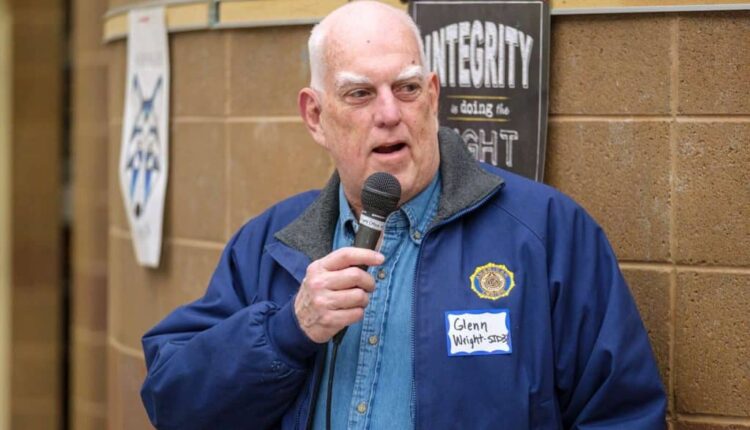 Glenn Wright, badly beaten on Election Day in his bid for Congress, has not ruled out another campaign for the House of Representatives in two years under certain circumstances.

Wright, who is retiring from the Summit County Council and is a stalwart in the local Democratic Party, said in an interview that he has told state party officials he is willing to mount another campaign in the 3rd Congressional District if the Democrats are unable to find another candidate. He said he has held what he described as unofficial conversations with party officials in the two weeks since Election Day.

Wright, though, said he prefers the Democrats to tap a younger candidate in the 2024 congressional election. That year’s election season is expected to be tenser than the one this year since the White House will be at stake.

Wright did not offer details about the prospects of another congressional campaign in two years. It seems likely the topic will not be addressed in any certain terms for at least another year, as the Democrats prepare to consider a slate of candidates for 2024. The nominating process usually starts in earnest in the spring before an election, but candidates sometimes launch their bids in the months before.

It is difficult to predict what sort of interest there would be within the party if Wright were to seek the nomination again. Some could continue to see him as a strong candidate who brings a military background to a contest while others could question selecting someone as the party’s nominee after suffering defeat at such a wide margin.

Wright over time grew to become one of Summit County’s most important Democratic figures, leading the local party for years and winning election to the partisan County Council. He was twice the party’s nominee in the state House of Representatives prior to the congressional campaign this year. He lost the two state-level campaigns as well.

Wright, 74, lives in Prospector. He is finishing his first full term on the County Council after a midterm appointment to fill a vacancy. His leadership of the Democratic Party in Summit County was also notable as the party continued in power at the County Courthouse.

Congressman John Curtis, the incumbent Republican in the 3rd Congressional District, easily dispatched Wright and three third-party challengers on Election Day. Curtis took approximately 64.5% of the votes while Wright received 29.5%, according to the preliminary numbers.

Summit County was the only county won by Wright, but the margin was close. Wright received 3,687 votes to the 3,457 secured by Curtis. The margin was extremely close in Grand County, where Moab is located, with Curtis winning by just nine votes. The incumbent romped through more conservative places in the district, such as Utah County, Uintah County and Duchesne County.

“It’s the most Republican of the four congressional districts in the state,” he said.

Wright said the campaign succeeded in publicizing his platform, including the issues of climate change, abortion, gun control and health and disability benefits for veterans of the wars in Iraq and Afghanistan.

“It would have been a major upset,” Wright said.

‘An Arm and a Leg’: When Insurance Won’t Pay, Abortion Assistance Funds Step In