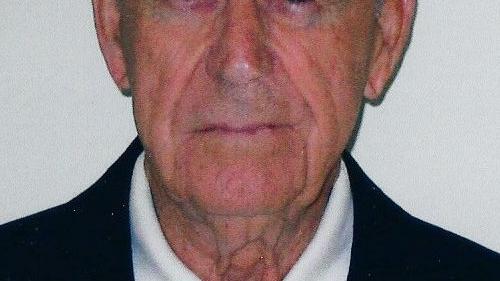 BARABOO – John “Jack” Paulin, 95 years old, of Baraboo, Wis., Died on Saturday, September 11, 2021 in St. Clare Meadows. He was born July 10, 1926 in Marshfield, Wisconsin, to Wilmer and Anna Dorothy (Sullivan) Paulin. After graduating from Marshfield High School in 1944, he joined the US Navy Corps and served as a tail gunner for two years.

He married the love of his life, Jean Markee, in 1946 and they had four children. In 1950 he graduated from UW-La Crosse with a double degree in social studies and physical education. He was hired at Gays Mills High School, where he taught social studies and was the head coach of basketball and baseball for four years. He also served as the district’s summer leisure director.

Lancaster High School hired him to teach social studies. While at Lancaster, he was a basketball coach for 29 years and a baseball coach for 22 years. He also served as the Summer Leisure Director in Lancaster for 13 years.

Coach Paulin was elected to both the Wisconsin Baseball and Basketball Coaches Association Hall of Fame. Coach has been voted “Conference Coach of the Year” in basketball five times by his colleagues in the Southwestern Conference.

His parents preceded him in death; his 61-year-old wife Jean on October 3, 2007; and his daughter Barbara and husband Rich in 1972.