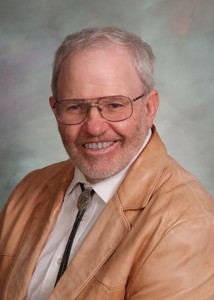 Hello Sublette County, this is Albert Sommers reporting to you from interim work of the 66th Legislature. On June 8-9, I participated in the Wyoming Wildlife Taskforce meeting in Casper.

On June 13, I attended the Upper Colorado River Commission meeting in Cheyenne.

The purpose of the Wyoming Wildlife Taskforce is to study top-priority wildlife policy issues facing the state regarding the allocation of hunting opportunity, sportsperson access and other issues. I continue to hear concern about the flood of out-of-staters during the opening days of horn-hunting season.

As a result, I had the topic added to the agenda of the May 23 meeting. I asked the Wyoming Game and Fish Department to examine if Game and Fish could delay horn-hunting season for out-of-staters, which could reduce overcrowding on opening day. The delay would be a simple solution to the flood of horn hunters from other states that comes across our borders for the May 1 opening of the season.

On June 9, Game and Fish reported they do not have the authority to delay out-of-state horn hunters from the season’s opening, primarily because a shed antler is not the property of the state like other wildlife parts. I will continue to work on this issue.

The biggest challenge before the task force is how to increase resident hunter opportunity, manage the exploding elk herds in eastern Wyoming and maintain a robust outfitting opportunity. The task force agreed that linking many of the ideas we have discussed into a “grand compromise” might allow for broader solutions and acceptance.

The task force will put the “grand compromise,” with the following elements, out for comments.

The task force will also take public comment on leaving the status quo in place – not changing anything. We heard testimony from some hunters that they don’t think the system is broken. I have also heard local sportsmen who want to leave this system as it is. I am interested in your feedback.

The task force voted to support removing the 7,250 cap on nonresident elk tags and moving to a regional system for elk. I proposed an amendment to slowly increase the cap, but my motion failed. I ended up voting against removing the 7,250 cap, because it is unlikely to have sportsmen’s support. I believe a more measured approach would garner more support.

Wyoming Commissioner Pat Tyrrell was the chairman of the commission, but this was his last meeting, as he is retiring. Pat has devoted a lifetime to Wyoming public service, including a long stint as Wyoming State Engineer from 2001 until April 1, 2019. As state engineer, Pat was Wyoming’s compact commissioner on three interstate compact commissions—the Upper Colorado River Commission, the Yellowstone River Commission and the Bear River Commission. He also represented Wyoming on the North Platte Decree Committee. He represented Wyoming on the Western States Water Council and Colorado River Salinity Control Forum and its advisory council.

Pat has a remarkable understanding of water policy on the Colorado River. He will be sorely missed, and I suspect he will get many phone calls during retirement to share his vast knowledge.

My takeaway from the meeting is the hydrology in the Colorado River Basin continues to get worse, based on the Bureau of Reclamation’s most recent 24-month study. Due to continuing drought and the danger of not being able to generate power from Lake Powell, the Bureau of Reclamation will release 500,000 acre-feet of water from Flaming Gorge and hold back over 400,000 acre-feet in releases from Powell.

The Lower Basin states need to do more to conserve their Colorado River usage, but it is difficult in this drought.

If the Upper Basin states can’t deliver 75 million acre-feet over the most recent 10-year period to Lee’s Ferry, just below Lake Powell, curtailment would occur, according to the Colorado River Compact. Curtailment is a reduction in Upper Basin water use and is based upon the previous year’s consumptive use. Consumptive use for industrial and municipal uses is relatively easy to calculate based upon in-flow and out-flow.

However, consumptive use for agriculture is what the plants in the field use when irrigated utilize, and it is time-consuming to physically evaluate. If curtailment happens, all the Upper Basin states must agree to the same methodology for measuring consumptive use on agricultural fields.

At this meeting, the commission passed a resolution agreeing that all four states use a remote-sensing methodology. This methodology could become incredibly important to irrigators in the Green River Valley. I do not know enough details about the methodology to know if I even support its use.

Curtailment, if it happens, is still a few years away, according to the experts I have visited with. There were many other interesting facts presented at this meeting. Our valley’s Randy Bolgiano is an alternate commissioner for Wyoming, and he has a deeper understanding of these issues than I, but I am learning more every meeting I attend.

I can be reached at [email protected] with questions or comments.

Jaxson Robinson is BYU basketball’s latest addition. What can the former Arkansas and Texas A&M product bring to Provo?