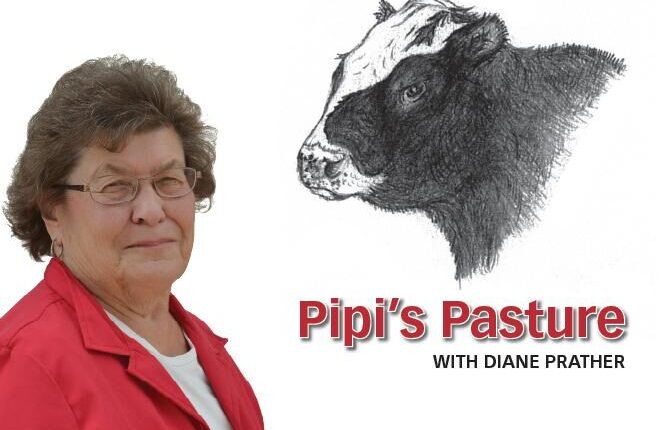 Even though Mother’s Day was celebrated last weekend, my thoughts are still on moms and grandmas and the love and dedication they have for their families.

New mothers don’t know what sleep is for some time, getting up at all hours to feed and comfort their babies. Then, as their children grow up, mothers assume the huge responsibility of teaching their children everything from using manners to how to tie their shoes.

With the COVID pandemic, many mothers also became teachers — taking on that job along with household chores and even work outside the home.

Where a mother’s love is concerned, one ending memory stands out for me, and it comes from my own family. It’s about my daughter-in-law Cindy (Prather) and my grandchildren Jessica and Jaycee.

Some years ago Cindy was working on a teaching degree, taking some classes from Colorado Northwestern Community College in Craig, and her children were elementary ages. Jessica and Jaycee stayed with me when Cindy was in class.

One day in early summer, Jessica and Jaycee found a litter of newborn kittens here at Pipi’s Pasture. They had been abandoned by their mother.

Jessica and Jaycee watched them all day — sure enough, no mother. I told them the grim truth; Abandoned kittens usually don’t survive. However, the grandkids wanted to try to save them.

So we found a small box, lined it with towels, and put the kittens inside. We brought them inside. I found some eyedroppers and filled one of them with warm milk.

We attempted to feed them a little milk from one of the eyedroppers by putting it in the corner of their mouths. We fed them slowly — not too much at first — several times that day.

Jessica and Jaycee talked to their mom on the phone and asked if they could take the kittens home with them. Cindy agreed, and later that day she arrived with a small animal cage that she had purchased somewhere in Craig.

I know that she was tired after a long day at school, but she took the time to find a cage for the kittens and never complained one bit. As I watched her help transfer the towels and kittens to the cage, I realized that I was witnessing a mother’s love for her children while supporting their concern for other living things.

Cindy, Jessica and Jaycee gathered up the kittens and the eyedroppers and left for home. The kittens died during the night, but Mom and kids had given it a shot.

Cindy went on to become a teacher, and she currently teaches first grade in Vernal, Utah.

Her motherly instincts have helped mold her into a wonderful teacher; perhaps that’s why she has been named teacher-of-the-year — twice. I will never forget that summer when Cindy helped Jessica and Jaycee in their efforts to save the abandoned kittens.