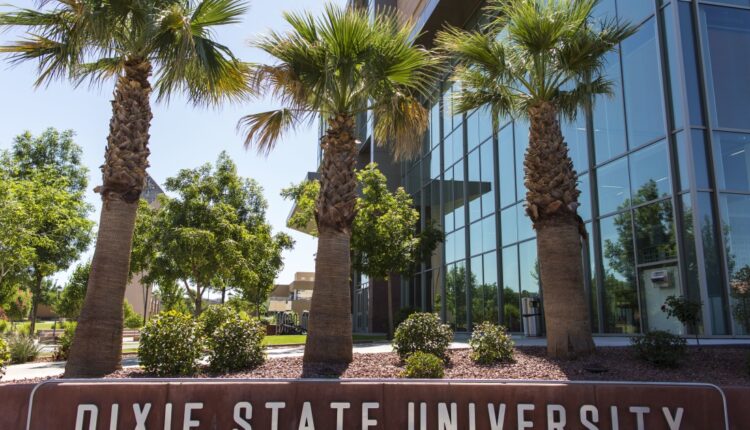 Utah law passed a bill on Wednesday restricting when voters can change their party affiliation in advance of a primary. If a voter changes parties after March 31, this change will not take effect until after the primary elections, according to the legislation. Unaffiliated and new voters are allowed to register with a new party during this time. It is in response to calls by some well-known Democrats last year to join GOP party members to vote for a more moderate candidate in the gubernatorial primary. However, according to an analysis by Princeton University, the party’s pre-primary growth was “due to new enrollments and re-registration by unaffiliated voters, with few crossover registrations from Democrats to the Republican Party.” Read the full story. – Sonja Hutson

An end to statewide pandemic restrictions is in sight after Utah House passed a bill on Wednesday setting a timetable. If two-thirds of the House and Senate support the bill – and the governor signs it – Utah’s nationwide mask mandate would end immediately. However, the school mask requirements would not end until July 1. Rep. Paul Ray, R-Clearfield, said the bill came out of negotiations between lawmakers, the governor’s office and the state health department. Suzanne Harrison Rep., D-Sandy, is a member of the Utah Medical Association. She called the bill and said it should be left to health professionals. A district council could vote to keep a local mask mandate if it so chooses. Read the full story. – Emily means

Utah legislation voted Tuesday night to increase regulations on the state youth treatment industry. Two attempts to amend the bill failed. This included one from Rep. Rex Shipp, R-Cedar City, who suggested adding language that would allow staff to cause pain to a child if deemed necessary to protect an individual’s health or safety. The vote comes after months of sustained activism over alleged abuse in state youth treatment facilities. Read the full story. – David Fuchs

The Colorado River Authority could soon become a reality

Utah is only steps away from its own authority to represent the state’s interests in the Colorado River. The Colorado River Authority bill was passed with overwhelming support by the Utah Senate on Wednesday. It passed the house between 61 and 12 for the past month. The authority will consist of six members. You will help Utah renegotiate water rights with the other states in the Colorado River Basin. Proponents of the bill say it’s important for Utah to have a commission to make their claim on the dwindling river. – Lexi Peery, St. George

The Utah Department of Health reported 729 new COVID-19 cases on Wednesday. The week-long average is 590 cases per day and the percentage of positive tests is now also below 5%. Seven other people have died from the virus and one previous death has been withdrawn. To date, the state has given more than 750,000 doses of the vaccine. – Caroline Ballard

The Utah unemployment rate was around 3% in January. That emerges from data released by the state on Wednesday. The national rate for January was a little higher than 6%. Summit County recorded the highest percentage of job losses year over year. Daggett County had the greatest growth in percentage terms. Despite the pandemic, the private sector has actually created jobs in Utah. The professional and business services industry led the way. – Ross Terrell

A bill to repeal a bail reform law has been passed by the legislature and is now before the governor. The reform law came into force in October. Judges must clear persons charged with low-level crimes under the least restrictive condition. Proponents of the repeal said smaller counties had problems implementing the law. Critics said the bail reform is working well in the three largest counties, where most of the state’s criminal cases are handled, and they argue that the old bail system is unfair. – Sonja Hutson

The bill to begin renaming Dixie State University has cleared the legislation. The Senate approved it Wednesday 26-3 and it was settled in the House. The changed invoice no longer requires deleting “Dixie” and allows more community input. Senator John Johnson, R-Ogden, voted against. He said he was concerned that the name change debate was part of the “break culture”. The name Dixie has come under fire for its ties to the Confederation. The bill calls for the university to form a committee to recommend a new name, and one must be submitted to lawmakers by November 1st. – Lexi Peery, St. George