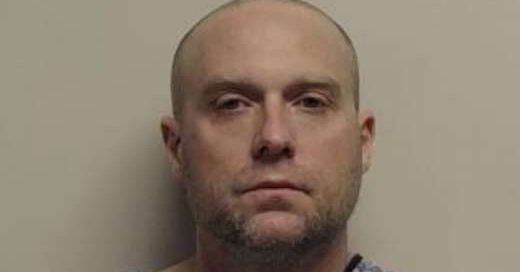 PROVO – Police revealed the name of the man who allegedly shot them from his apartment on Thursday.

Keith Justin Taylor, 44, of Provo, was admitted to Utah County Jail Saturday after receiving hospital treatment for injuries sustained in the exchange of fire with police. Taylor is being investigated on three major murder charges.

According to the prison’s booking statement, neighbors to Vista Ridge Apartments, 80 p. 900 East, reported that a man was “crazy” and a possible shot was heard. When the police arrived, the glass door to the building had already broken. After reaching out to Taylor at his apartment, Taylor said he was a federal employee with the DEA and NSA. He complained of harassment and fired his gun at the door, the statement said.

When police tried to lure Taylor out of the apartment, he slipped away, grabbed an AR-15 rifle and, according to the police report, aimed it at the officers. He allegedly shot at the officers and hit one of them twice, and the officers fired back. Taylor just stopped to yell at them that they were “going to die” and “this is your last will and testament.”

Taylor, who has a history of traffic violations and was charged with drug crimes in 1996, is being held without bail because officials believe “there is an obvious and significant risk to the public”.