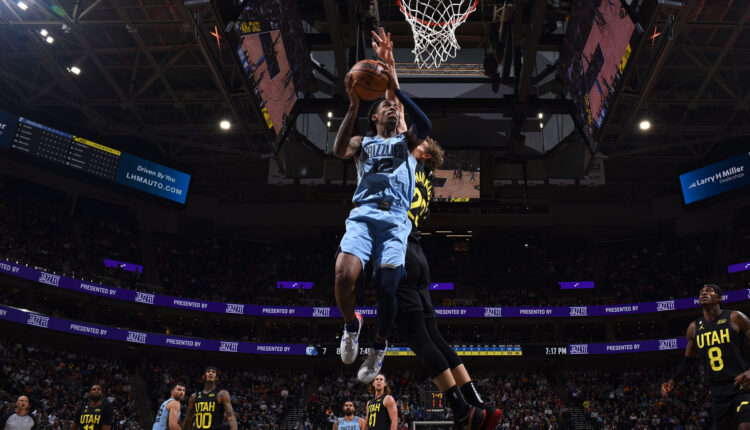 The Memphis Grizzlies fell to the Utah Jazz 121-105 on Halloween night in Salt Lake City.

Lauri Markkanen posted a double-double and led the Jazz with 31 points, tying his season-high. Markannen also had a career-high four blocks in the game. Malik Beasley followed with a season-high 18 points while Mike Conley other Colin Sexton finished with 15 points apiece.

Yes Morant led the Grizzlies with 37 points, five rebounds and four assists. Dillon Brooks added 19 points, four rebounds and one assist. Tyus Jones posted 12 points off the bench, and Brandon Clarke finished with eight points before exiting the game. Steven Adams also left the game after a jaw injury in the third quarter.

The Jazz kept his foot on the gas in the second half, scoring 36 points in the third quarter, extending the lead to 97-74. Utah reached its largest lead of the night at 25 points (99-74) with 10:37 remaining in the fourth quarter and never looked back.

The Grizzlies will visit the Portland Trailblazers (5-1) to finish a four-game road trip at Moda Center on Wednesday, Nov. 2, at 9 pm CT. Fans can watch on ESPN or tune in to 92.9 FM ESPN.