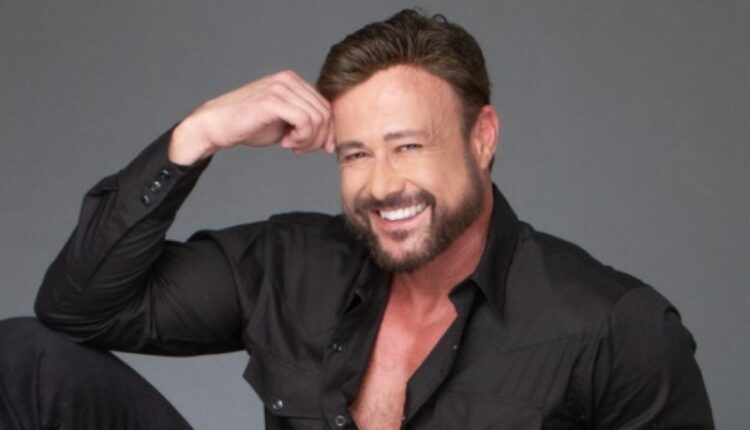 Three Solo Plays in Repertory: Confessions of a Mormon Boy, Missionary Position, and Prodigal Dad’ at the Rose Wagner Performing Arts Center through Dec 30. Tickets are through saltlakecountyarts.org and more information is available at www.mormonboy.com.

After two years of ‘pandemic sabbatical,’ Steven Fales launches MormonBoy 2.0 and his #MormonBoyExperience with ‘MORMON BOY TRILOGY’ in Salt Lake City in the same theater where he presented the world premiere of his award-winning solo play ‘Confessions of a Mormon Boy,’ over twenty years ago, the day after Thanksgiving, 2001.

Based on original direction by Tony Award Winner, Jack Hofsiss (‘The Elephant Man’), ‘Confessions of a Mormon Boy’ has since played acclaimed runs Off-Broadway at the SoHo Playhouse (Outer Critics Circle Award Nominee), across the country, and around the world. Fales last performed the groundbreaking solo show for a return sold-out run in Melbourne in Feb. 2020 — just before the pandemic hit. The rest of his international tour was then cut short. He then hunkered down and started working on new projects.

Once a Salt Lake resident, Fales now resides in Palm Springs. “It’s really symbolic and I think dynamically to return ‘home’ to Utah where so much of my story takes place and where I helped raise my grown children,” he said. “And the Rose Wagner Performing Arts Center is my favorite theater to play. And I get to work with my first and favorite stage manager again, Laina Thomas. It was only natural to dust off my autobiographical scripts and storytelling in Utah where it all began and where I have so much history.”

Fales added: “The plays are about a lot of events, adventures, and topics filled with intrigue with the Mormon Church, the sex industry, recovery, reparative therapy, HIV/AIDS and so many other important issues still facing us today. But most of all, my work is about family dynamics, personal transformation, and becoming self-aware. That’s why I got into the theater in the first place. It wasn’t about politics but to explore the mysteries of what make each of us really tick , including myself. I’m also writing as a dad to leave clues for my kids and their kids about how to navigate life and the human experience/experiment. Because a young dad grew up with a lot more to say! And I write to give my own unique humorous, post-postmodern spin to just about everything. I’ve never quite fit in on the left or the right, I’m an OxyMormon! Maybe I’ll be the first gay prophet someday, if they’ll have me back.”

Fales is an award-winning actor/writer/producer who was born in Provo, Utah while his parents were attending Brigham Young University. When he was one, his family moved to Los Angeles where his father attended USC Medical School. They later moved to Las Vegas to be near his mother’s large Mormon family. He is a sixth-generation Mormon of pioneer ancestry formally excommunicated from the LDS Church for ‘the practice of homosexuality.’ He has two grown children from a previous marriage to actor/writer/producer Emily Pearson, daughter of celebrated Mormon poet/playwright Carol Lynn Pearson. His step-grandfather was popular LDS General Authority, Hartman Rector, Jr. His father is a Mormon bishop.

Fales writes about the Mormon American experience from his ‘creativity cottage’ in Palm Springs. Before specializing in solo performance, he worked extensively as an actor in classical plays and musicals in regional theater and in film and television. His first book, ‘Confessions of a Mormon Boy: Behind the Scenes of the Off Broadway Hit,’ was a Lambda Literary Award finalist. The play has been performed Off-Broadway at the SoHo Playhouse (Outer Critics Circle Award Nomination), across the country, and around the world from London to Melbourne. ‘Confessions’ and is now Part One in ‘Mormon Boy Trilogy.’ He is currently expanding ‘Mormon Boy Trilogy’ into a book of several volumes called ‘Oxy-Mormon Memoirs.’ In addition to his solo work, he has several plays and musicals in various stages of development.

Fales was performing at Caesar’s Palace and other resorts on the Las Vegas Strip in high school. He attended the Boston Conservatory as a freshman on scholarship. After completing a two-year mission to Portugal for the LDS Church, he transferred to BYU where he earned his BFA in music/dance/theatre. He did graduate studies at UNLV and earned his MFA in acting from the University of Connecticut/Connecticut Repertory Theater, and later trained at the American Comedy Institute. He has studied acting privately and in group classes with Larry Moss. He has taught at the prestigious Waterford School in Salt Lake City and has been a guest speaker and lecturer at other schools including the Phillips Academy Andover/Exeter and colleges from the University of Maine to the University of Redlands.