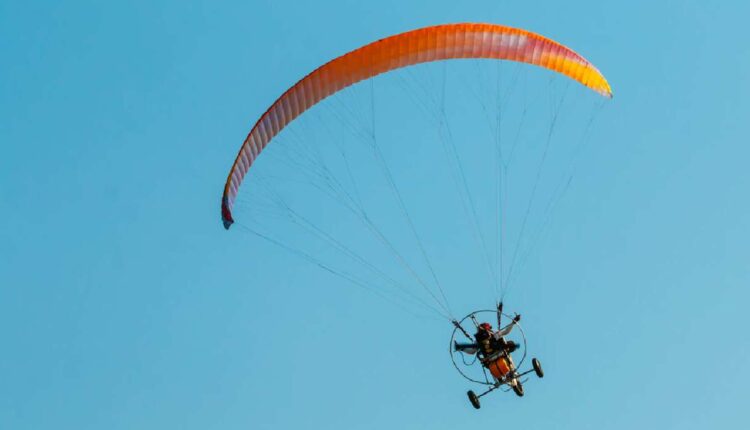 LAKE POWELL — Powered paragliding, paramotor and flying ultralight aircraft or any similarly-sized aircraft is now banned “in proximity to developed and high visitor use areas” within the Glen Powell Dam Recreation Area, according to park officials.

Thursday’s announcement comes after changes were made to the park’s compendium at the end of March. The document states that all three recreation options are “known to frighten and disturb wildlife” but other impacts are not known because they are relatively new. It’s possible that they adversely affect other park resources, such as the “vital infrastructure with hazards” by the Glen Canyon Dam.

“Powered paragliding and ultralight aircraft are inherently dangerous to participants and other visitors,” the compendium concludes. “Areas of high visitor demand such as developed areas and Horseshoe Bend place visitors in undue danger in the event of an uncontrolled failure of an aircraft.”

Despite Lake Powell’s woes in recent decades, the Glen Powell Dam Recreation Area still brought in over 3.1 million visitors last year. Since it’s fallen to about 24% of its full capacity, it’s been the focus of a pair of efforts to keep it as full as possible in recent weeks.

The US Bureau of Reclamation, earlier this month, approved a plan to reduce the amount of water that flows out of the reservoir by about 480,000 acre-feet. That came after Utah, Colorado, New Mexico and Wyoming signed off on a plan to move about 500,000 acre-feet of water from Flaming Gorge in northeast Utah and southwest Wyoming to Lake Powell over the next year.

The Wahweap Stateline Auxiliary Launch Ramp is currently the only ramp listed as available for small motorized vessels in the reservoir.