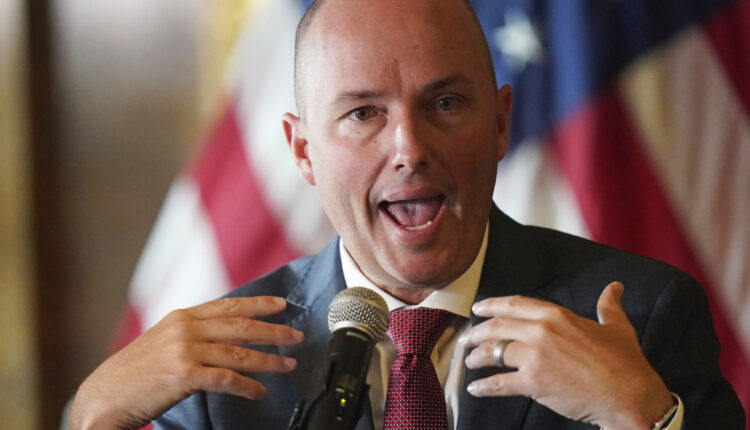 Provo lawmakers are responding to the governor’s COVID-19 concerns

Utah Governor Spencer Cox met with state officials and senators this week to discuss the state of COVID-19 in Utah amid rising cases.

The meetings followed a press conference held by the governor on Tuesday, August 31st, on the same subject.

To Wednesday’s House of Representatives meeting with Cox, Rep. Norm Thurston, R-Provo, said he would like to see public schools in crisis look more seriously at the so-called “cohorts” or “bubbles” that a group of 25 or 30 people Students in the same class only interact with each other and not with other students in the school. This system would limit student interactions to a small group and ideally, contain the spread of the virus.

“I’m glad we had the discussion,” said Thurston, whose district includes many students who live south of the BYU campus. “I think it is always helpful to discuss. I don’t think we came to great solutions in the meeting, but I think we have some solutions and so I think there is progress. ”

While the actions taken are unlikely to affect many members of the BYU community, Rep. Marsha Judkins, R-Provo, nonetheless invites everyone to stay healthy. “Take vitamin C, eat well, get enough sleep, and get vaccinated,” she said.

Judkins said she is not in favor of a vaccination mandate, but encourages people to look at the data, do their research, and then make their decision about vaccination.

According to a press release from House Speaker Brad Wilson, R-Kaysville, representatives listened to the September 1 meeting as the governor released data and expressed concerns about limited hospital capacity and shortages of health workers.

The governor stressed that many healthcare workers have left their jobs since the pandemic began and hospitals are overwhelmed with the recent surge in COVID-19 cases. Judkins also noted that health care staff cuts were made about three years ago, even before the pandemic started.

Another important topic at the meetings was the growing number of positive COVID-19 cases in school-age children. Wilson’s press release states that while the governor and other lawmakers do not intend to enforce a nationwide mask mandate, established guidelines will enable local health officials and county governments to take the necessary action according to their needs.

“These measures could include specific guidelines for individual schools, ‘test to stay’ or mask mandates,” said Wilson in the press release.

Blue Mesa Reservoir releases effects on the recreation of the lake