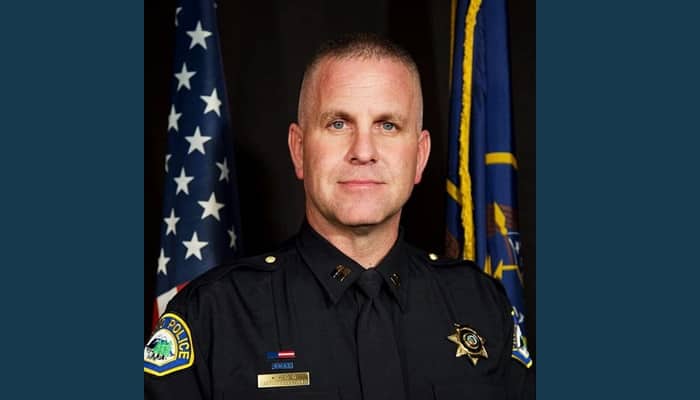 Provo police mourn loss of officer who served for 26 years

“This morning one of the top Provo Police officers, Todd Großgebauer, passed away,” said a Facebook post from Provo PD. “Todd was with the Provo Police Department for 26 years before retiring from Provo in 2019. During his time with us, he served as a school resource officer, gang officer, narcotics officer, arrest warrant officer, robbery / murder detective sergeant, patrol division watch commander and served as a lieutenant and later as a captain in the Operational Support Services division and Special Operations division.

Großgebauer was a member of the METRO SWAT team for 23 years, including 10 years as a commander. He was an instructor at Utah Valley University’s Law Enforcement Academy and trained hundreds of new civil servants across the state, the post said.

“Todd Großgebauer had many successes in his officer career, but even more as a person,” the post said. “He was a gentleman, a tough guy, a man of honor, a scholar, and a brother to his entire police family. He was really loved by everyone. It has left traces and a legacy that people want to create. We will miss him very much and wish his family all the best and support. “

“This morning the Orem police lost a true brother, Todd Großgebauer, who died after fighting cancer. Hauptmann Großgebauer was an important instructor at the UVU Police Academy, where the majority of our department, from the boss to our newest officers, was taught by him. Todd was also the SWAT commander of the Provo / Orem / BYU Metro team for many, many years. His influence is deeply anchored in our department and we mourn his loss. “