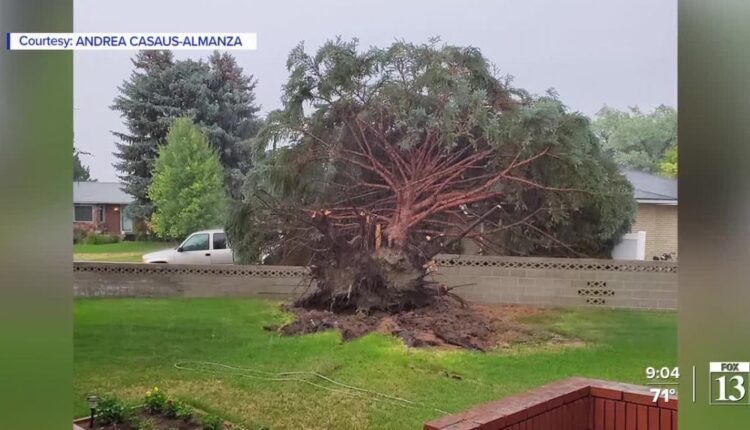 The National Weather Service issued a severe thunderstorm warning for parts of Salt Lake and Utah counties, which was lifted at 7:45 p.m.

Homes in Mapleton have been evacuated as concerns about a mudslide increased due to the vulnerability of the land left by the Ether Hollow Fire. On Thursday night it rained about 15 centimeters on the streets and the residents were evacuated. Officials are monitoring the burn scar and drainage in the area. No injuries or damage were reported.

Local residents saw winds up to 60 miles per hour, penny-sized hail, and rain during the storm.

In Murray, neighbors went outside after the storm to find a tree that was blown over during the storm.

This storm caused torrential rains that can lead to flash floods. Do not drive your vehicle on flooded roads.

Over 6,000 Rocky Mountain Power customers experienced outages at 8:30 p.m. Thursday due to the storm. It is unknown when power will be restored for all customers.

Provo police mourn loss of officer who served for 26 years