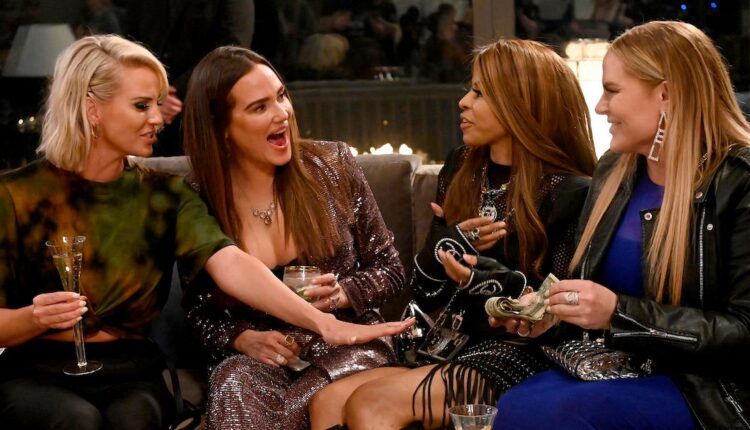 Real Housewives of Salt Lake City star Mary Cosby calls her co-star Whitney Rose a racist. Cosby is upset at the comments Rose made about her during Rose’s recent interview with Access Hollywood’s “Housewives Nightcap”. Rose claims that Cosby is not currently speaking to her. Rose wants answers on whether or not Cosby’s church is a cult, which is a big part of Cosby’s plot this season.

“Mary is not going to speak to me, so unfortunately I don’t have the opportunity to speak to her about it,” said Rose. “That’s the kind of friend I am. I put out fire and close the door like, ‘Girl, what’s up? But she never allows me to have the conversation.

Apparently, Cosby disapproved of Rose’s comments and hit her co-star on Twitter, calling her racist. “Yes, she’s racist, I said it racist! Like her cousin,” Cosby tweeted, referring to Rose’s cousin and another RHOSLC co-star, Heather Gay. “You are such a liar! Whitney Rose. You know you don’t talk to me! With your bobble head!

She followed with another tweet, accusing Rose of taking advantage of other women. “Whitney Rose… must be worried [sic] the women she took advantage of one night in a club in the ladies room, “she wrote.” Talk about your truth, you liar. “

Rose appears unmolested and tweets in response to Cosby. “I don’t respond to crazy or unfounded allegations. May we all try a little harder to lead with love.”

Cosby himself is accused of making racist statements. Actress Jen Shah claimed Cosby told her off-camera; “If I go to a 7-11 and see black people, I’ll go to another 7-11.” Cosby denied this, claiming that Shah “twisted her words”. “I said I was scared [of] when boys are in front of a supermarket, “Cosby said during the season one reunion.

Cosby has also admitted that she’s attracted to fair-skinned black men. The conversation came up during the season one reunion. She said Bravo-Honcho Andy Cohen, “My taste for black boys – that’s not my taste … my preference is for lighter boys. Cosby said a lot of what she says is misinterpreted, adding, “I need to improve the way I get things across … The way I say things can come across [as] offensive. I think all the colors of black are beautiful and I’m proud of them and I’m proud of my culture. “

Fire restrictions still apply to most of northern Utah