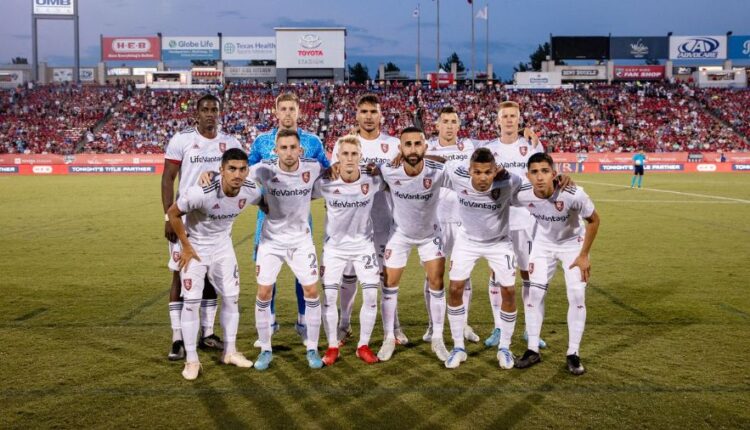 SALT LAKE CITY – Real Salt Lake will enter the midweek fixture against Minnesota United with an unchanged lineup from four days ago when they drew 1-1 on the road against FC Dallas.

Zac MacMath wants to remain in goal while Aaron Herrera, Justen Glad, Marcelo Silva, and Andrew Brody make up the back line. Jasper Loffelsend and Pablo Ruiz will operate in the heart of the midfield. Justin Meram and Maikel Chang will play on the wings and Jefferson Savarino and Sergio Córdova will be present at the point of the attack.

It is an interesting decision by manager Pablo Mastroeni given the brutality of playing in the humidity of Texas just four days ago. However, despite the recent test in Texas four days ago, it appears that the playing group has pulled up incredibly well following the game.

“We will do our final checks afterwards when they come in to make sure everyone is good to go but the session looked really bright.”

The game plan for RSL is reasonably simple on paper but incredibly difficult to execute. Stop Emmanuel Reynoso.

“Hey [Reynoso] is the key. Even talking to Adrian [Heath] and he was like how he goes, we go,” Mastroeni said. “That is evident given how influential he has been in every goal, every assist that Minnesota has created. So for us, it is really neutralizing him, their outside backs like to get high much like we do, at times they are susceptible on the counter but really for us I think it is about doing what we have been doing which is making the field big creating overloads in the wide areas and then making good decisions in the final third.”

Real Salt Lake and Minnesota United will kick off at 7:30 pm from Rio Tinto Stadium on Wednesday, August 31.

It will be available to stream for free via the KSL Sports and KSL 5 TV apps or on KSL Sports dot com.