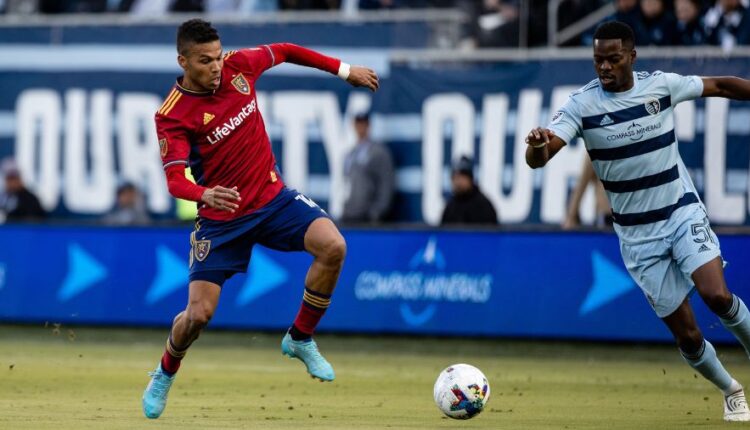 SALT LAKE CITY – The stakes continue to rise and the pressure continues to mount on Real Salt Lake as they pursue their first victory since May 28.

RSL, as mentioned above, is trending in the wrong direction. Sporting Kansas City, on the other hand, is beginning to climb the Western Conference standings following a road victory against Montreal and a point on the road against Minnesota.

However, Sporting Kansas City still has a long way to climb. They currently sit in the last place in the West having managed to pick up just 20 points in 21 matches so far in 2022. In contrast, Real Salt Lake is in fourth place in the West on 30 points through 20 games.

Unfortunately, the fixture against Sporting Kansas City will mark the third game in a week for Real Salt Lake following a disapointing 2-2 draw at home against Colorado before a midweek loss on the road against Atlanta United.

Manager Pablo Mastroeni is short on players. Injuries to Bobby Wood and Damir Kreilach will keep two of the leaders sidelined against Sporting Kansas City while Jefferson Savarino, Justen Glad will enter the Sunday clash listed as questionable. Both players have been dealing with soft tissue muscle injuries.

Sporting Kansas City will also be without a few familiar faces. Earlier today, defender Kortne Ford was suspended by the league for 10 games after testing positive for the use of performance enhancing drugs.

While newly signed international players Erik Thommy and William Aganda will not be available following slow immigration process, according to SKC manager Peter Vermes. Defender Andreu Fontas will also be unavailable due to yellow-card accumulation.

Here is the full quote this morning from #SportingKC manager Peter Vermes in response to my question about players like Gareth Bale getting into the US before his players despite being announced the same day: pic.twitter.com/CH0FcKhbso

RSL and SKC previously met on March 26 at Children’s Mercy Park when Johnny Russel’s goal in the 81st minute gifted SKC all three points in the 1-0 victory over RSL.

Real Salt Lake and Sporting Kansas City is slated to kick off at 7:30 pm on Sunday, July 17.

The match will be available to stream for free via the KSL Sports and KSL 5 TV apps or on KSL Sports dot com.