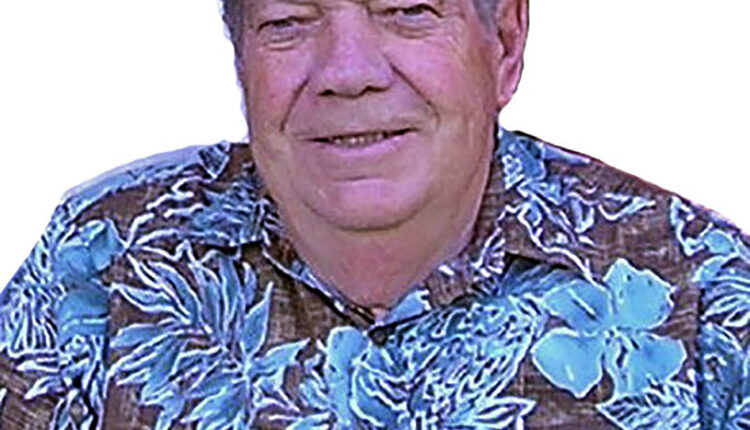 Robert Hugh Anderson got up and dressed for Church on Sunday morning, November 7, 2021, but decided to go to Heaven instead. Good choice dad! He was born on October 26, 1926 in Provo, Utah, to Hugh Cheney Anderson and Ella Gladys Barker. He had just celebrated his 95th birthday on October 26, 2021. He grew up in Fairview, Utah, where three generations of Anderson had lived since moving to Utah from Scotland after joining the Church of Jesus Christ of Latter-day Saints. He married his dream wife Carol Christensen, who lived in Moroni, Utah, and they had four children: Kirk Robert, Ruth Elayne (Isi Kongaika), Janet Marie (Ned Miner) and Shauna Rae (Dale Bodily). Father’s education and work took him to Orem, Utah, in 1958, and he spent the rest of his life in this blessed church. He was intelligent and was an honorary student in high school. He attended Brigham Young University and had only a few credits after graduating.

He could do anything he wanted and was very creative, especially designing and building things, including his own house. He was a do-it-yourself prodigy! His skills in this area were greatly appreciated by his children, extended family, and neighbors. He worked in a variety of professions, including auto mechanic, watch and jewelry repair, and assembly line worker at Bonham Corporation (the makers of the “Dead Goth”), and later worked his way up to plant manager at Bonham Corporation in Provo and accountant for Promised Land publications in Provo. He also worked part-time for the yearbook printer Community Press, took over camera work in the printing process and worked for a grocery store as an accountant. After retiring, he and Carol served on a church mission in Wisconsin, and then volunteered at the Church Missionary Training Center in Provo, Utah, driving missionaries to doctor, dentist or other needs. He was fond of Ford cars, everything aeronautical, including model flying and airplanes of all kinds, and made notable trips to the South Pacific Islands in Scotland as well as Egypt to baptize a grandson, Robert Kongaika, in the Red Sea . He also toured most of the states in the United States. He was a WWII veteran, but young enough when he enrolled in the U.S. Army Air Corps that the war ended when he was about to be sent for pilot training! So he went to the aircraft mechanics school and then to his time in car repair. He has been a lifelong active member of The Church of Jesus Christ of Latter-day Saints and has held many positions including parish clerk, executive secretary, multiple council of bishops, and senior missionary. His longest stint in the Church has been as a choirboy, a position he started at the age of 15, and he has been a chorister in every ward of which he was a member.

He was friendly, kind, loving and open-minded as well as absolutely reliable and selfless. We, his children, have never met anyone who knew him, who did not speak highly of him. We should all be as hard-working, reliable and as uncomplicated as “Bob Anderson” was. He loved his wife and children and all of his grandchildren and great-grandchildren. He had many friends with whom he was closely connected even until the last week of his life. He lived a full life of love and service. We should all be lucky enough to have as long and meaningful lives as “Bob”. He will be missed.