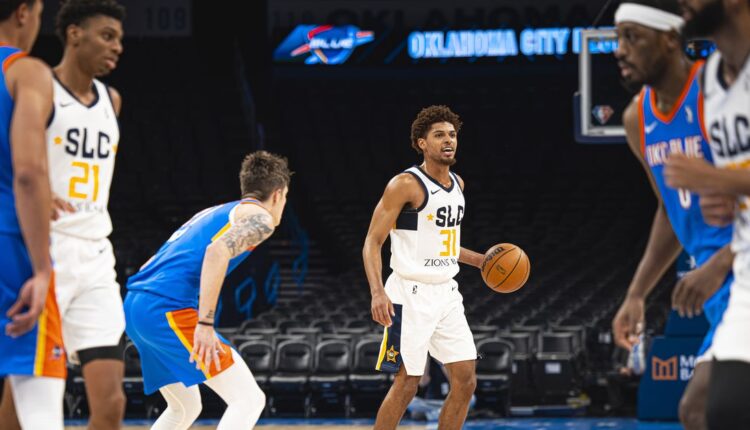 The NBA G-League season has begun and Utah Jazz’s sister team, the Salt Lake City Stars, is back in full swing.

The Stars had a difficult start to the season 0-3 and all three losses were blowouts. The good news, however, is that they are heading back to Salt Lake City tomorrow to play their home opener. against the Santa Cruz Warriors. Maybe a little home cooking can get them back on track.

The Stars List has some real talent and some big names too. According to the stars’ PR team;

The 2021-22 Stars roster is highlighted by Utah Jazz two-way players Malik Fitts and Trent Forrest, who will share their time this season between the Stars and Jazz, in addition to the jazz players on the field are. Brendan Bailey, son of longtime jazz player and current jazz broadcaster Thurl Bailey and Zaire Wade (pictured), son of partial jazz owner and 13-time NBA All-Star Dwyane Wade, will look to make a big impact during the 2021-22 campaign. The roster also includes jazz partner players Derrick Alston Jr., Nico Johnson and MaCio Teague, as well as former Boston Celtics guard Carsen Edwards and former Cleveland Cavaliers Center Marques Bolden.

Carsen Edwards was a great pickup truck for the stars. He was the 33rd pick in the 2019 NBA draft and can score at full throttle. Edwards appeared in 13 games in the NBA G League for the Maine Red Claws, averaging 22.2 points, 5.2 rebounds, 3.2 assists and 1.8 steals.

This team has talent. They have a big anchor in the middle with Udoka Azubuike, they have a goalscorer in Carsen Edwards on the point guard position and with Macio Teague and Pedro Bradshaw they have goalscorers on the wings. I expect this team to start finding their groove.

The Stars will host the Warriors tomorrow, November 17th at 7:00 p.m. at the Lifetime Activities Center-Bruin Arena in Salt Lake City, UT.

Tag a friend you bring to the game for a chance to win free tickets to one of this week’s games! pic.twitter.com/9FBOGTQSTb