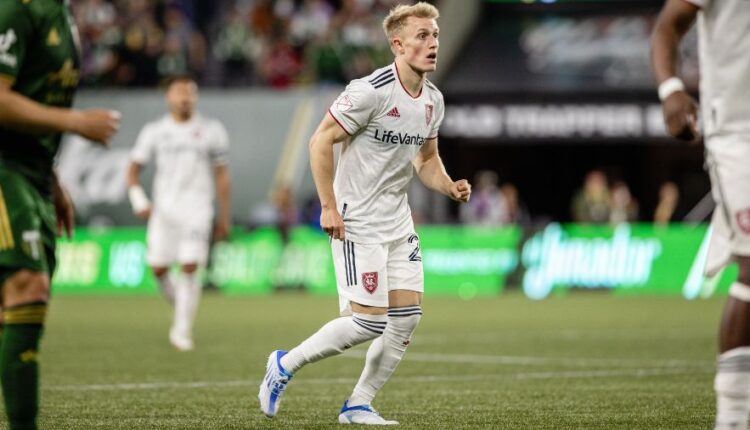 After giving up an early goal in the match, Jasper Loffelsend put one in the back of the net to equalize for RSL on the road against the Earthquakes.

In the 21st minute, Andrew Brody chipped the ball ahead to Leffelsend, who fired the ball to his right, traveling past the San Jose goalkeeper. That tied the match at one goal apiece.

The Earthquakes struck first on a penalty kick goal by Cristian Espinoza in the 12th minute. The penalty kick came off of a handball call and a yellow card to RSL defender Justen Glad.

Entering the match on Saturday night, RSL was sitting in the fifth spot in the Western Conference table with 34 points and a 9-7-7 record. San Jose was in 13th in the west with 23 points and a 5-9-8 record. RSL is coming off of a 1-0 defeat to FC Dallas in their first home loss of the 2022 season last week. Before that, they beat Sporting Kansas City at home 3-0 before losing to Atlanta United on the road.

In the month of July, Real Salt Lake has one win, three losses, and one draw.

San Jose is coming off of a pair of 2-1 losses to Portland and San Jose. In the month of July, they have two wins (Chicago and LA Galaxy), two losses and one draw with Toronto FC.

The RSL match can be streamed on KSLSports.com, the KSL Sports app and the KSL TV app.