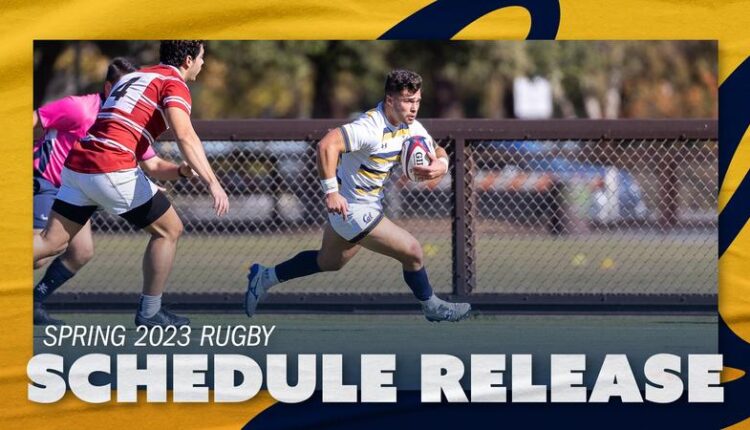 Cal To Host Six Opponents At Witter Rugby Field In 2023

BERKELEY – California rugby has announced the 2023 XVs spring slate for the program’s 141st year of competition and milestone 40th season with head coach Jack Clark at the helm. The gates at Witter Rugby Field will reopen for the first time since April 2022 with the Bears set to host six contests on their home turf. Fans can purchase tickets ahead of each match on CalBears.com.

The Bears kicked off the 2022-23 academic year with a sweep of their trio of sevens tournaments played this fall. Cal sent squads to both the West Coast Collegiate 7s hosted in San Luis Obispo and at Treasure Island, allowing for a developmental side to gain competition experience on the pitch and the top squad to take home championship titles both weekends. Cal then defended his conference title in sevens play, clinching the program’s ninth PAC Rugby 7s Championship victory in 10 years. With the autumn sevens season now drawn to a close, the Golden Bears have turned their focus to the upcoming XVs season.

In keeping with recent tradition, Cal’s spring season-opener will take place at the Dennis Storer Classic hosted by UCLA on Jan. 14. The Bears are expected to play against three or four opponents from fellow California schools throughout the tournament in pursuit of their 17th consecutive tournament title in 2023.

The Golden Bears then return to Berkeley for their home opener against Santa Clara on Jan. 21. It will be the first time the two teams go head-to-head since March 2019 when the Bears defeated the Broncos 76-16 in Santa Clara. Cal will then travel to Santa Barbara to face the Gauchos on Jan. 28 to close out the first month of competition.

In the following weeks, the Bears will have a five-game stretch at home, starting with a contest versus Grand Canyon on Feb. 4. Cal then hosts UCLA on Feb. 11, Utah on Feb. 18 and Arizona on Feb. 25. The final home match of the season will be against the 2022 D1A national champions, Army West Point, on March 4.

Cal will then embark upon a three-game road swing, beginning with a match on March 11 against the US Naval Academy in Annapolis, Md., a program which has been elevated to varsity status this year. Cal and Navy last met in the national quarterfinals in 2018 when the Bears took a 33-27 victory at Strawberry Canyon.

The Bears will then head to Moraga to face Bay Area rival Saint Mary’s on March 25 and will close out the competition calendar on April 1 with a game against Brigham Young in Provo, Utah.

Cal will also partake in reserve-grade matches directly after the contests with UCLA, Arizona, Army West Point and Saint Mary’s.