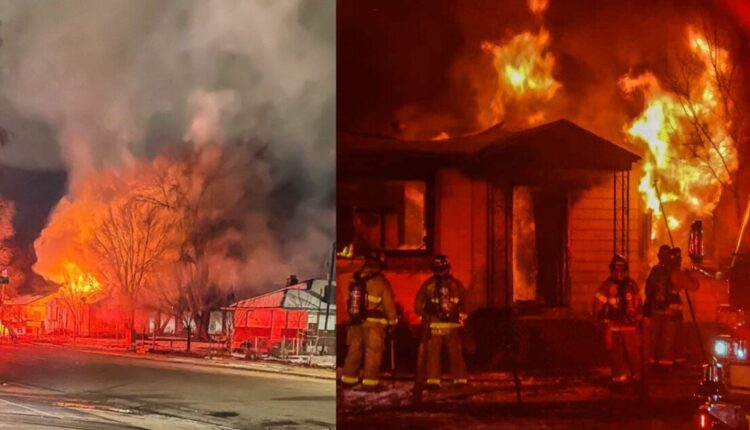 FOX 13 News spoke with the Salt Lake City Fire Department on Sunday. While they didn’t have much information, they said the cause of the fire is still under investigation.

Whaley has called the Ballpark neighborhood home for the past 10 years.

“It’s just another night,” he said.

Whaley is referring to the vacant homes along Major Street. In a two-week span, there have been five fires on the street, the latest happening Saturday night.

“If it had been windy last night, we could have had additional problems of additional structures catching on fire from this one,” said Whaley.

Ballpark Community Council Chairwoman Amy J. Hawkins said the homes only represent a danger to the neighborhood and everybody who comes through there.

“We have a problem that needs a real solution, and the solution can’t be these homes just going up in flames,” she said.

This comes just a few days after the Ballpark Community Council met for the final time of this year.

“That third fire, our best investigation is telling us from video and some other things, that was probably actually a rekindle,” said SLCFD Fire Prevention Division Chief Tony Allred. “Our best guess is we have two set fires.”

Allred said Thursday that they’ve coordinated with police on increased surveillance assets in the neighborhood.

Detective Sam Fallows, a community liaison officer in the SLCPD’s Liberty Division, suggested building a nuisance enforcement case against the owners of the vacant homes.

“The police department brings a nuisance case against a business or property owner for any property that is consistently and abundantly causing issues within a neighborhood,” Fallows said.

Fallows asked residents to draft letters for that nuisance case, talking about their experience in relation to crime and the safety of those properties.

Residents like Whaley and Hawkins hope this can ultimately lead to the demolition of those vacant homes along Major Street.

“They are only a hazard. Take these homes down now,” said Hawkins.

“They shouldn’t be here any longer. It’s clearly a public hazard,” Whaley added.

Hawkins said RoHa Brewing Project has offered to host a night where community members in the Ballpark neighborhood can come and help write letters, in hopes of building that nuisance case.