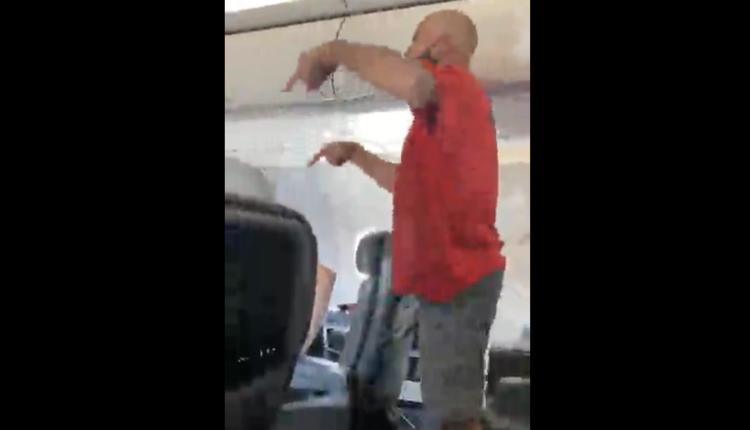 A 61-year-old man was arrested Monday on a flight to Salt Lake City International Airport after he yelled at flight personnel, growled like a dog and said, “Joe Biden!” again and again, according to several reports.

The incident occurred on American Airlines flight 1802 from Los Angeles to Salt Lake City, according to The Denver Channel.

“The flight landed safely in (Salt Lake City), where local law enforcement officials removed the disruptive passenger from the plane. We thank our crew for their professionalism and our customers for their understanding, ”said American Airlines in a statement on KSL.com.

When asked to sit down, the man yells, “Joe Biden!”

Then, while sitting in his seat, the man apologizes to the people on the plane and says, “That’s what I think of America.” He shakes his head and repeats the phrase before police officers arrive to escort him off the plane.

Videos of the incident appeared on the internet. Passenger Dennis Busch shared some of these videos. He said the man had been asked to calm down on the flight.

But then he “got into a complete breakdown of racist, sexist and bellicose comments, which culminated in his arrest at the gate,” said Busch.

“We were fortunate to have such a well trained crew who kept a cool head throughout the flight!” He wrote on Twitter.

The Federal Aviation Administration said it fined more than $ 1 million last year for recalcitrant behavior, as I wrote for Deseret News. The fines were imposed on passengers who misbehaved on flights.

Boise State is releasing its men’s tennis schedule this fall, with Broncos hosting the Dar Walters Fall Classic this weekend

Flip-flops in spring school to new rules after safety concerns