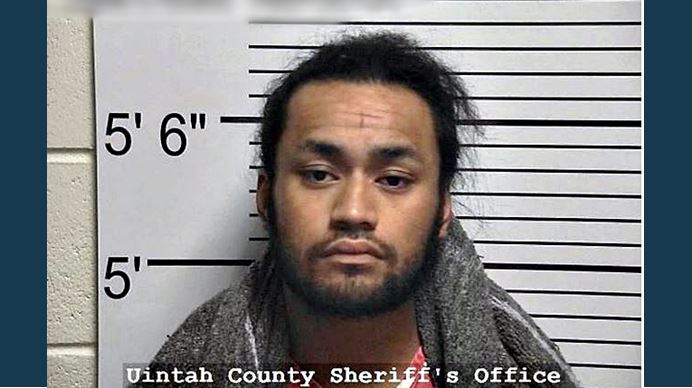 Uintah County Sheriff’s deputies and Vernal police attempted to stop a suspected stolen vehicle on Vernal Avenue at around 10:10 p.m., according to a press release.

The chase reached speeds of 80 mph before headstrips near 3000 North were successfully deployed. The fleeing vehicle left the lane with flat tires and crashed into trees. The driver and passenger were arrested without incident.

The driver, 24-year-old Siaosa Moata Tonga, had a cigarette packet with 13.5 grams of a crystal substance in his front pocket. Tonga told MPs the substance was methamphetamine. During a subsequent search of the car, a loaded .380 caliber pistol was found in a backpack.

Tonga, who was released from prison in March after 15 months in prison on previous convictions, admitted the backpack was his and admitted he had handled the gun. When MEPs searched Tonga and its property in the Uintah County Jail, MPs also found 3.5 grams of heroin.

Tonga was jailed on suspicion: