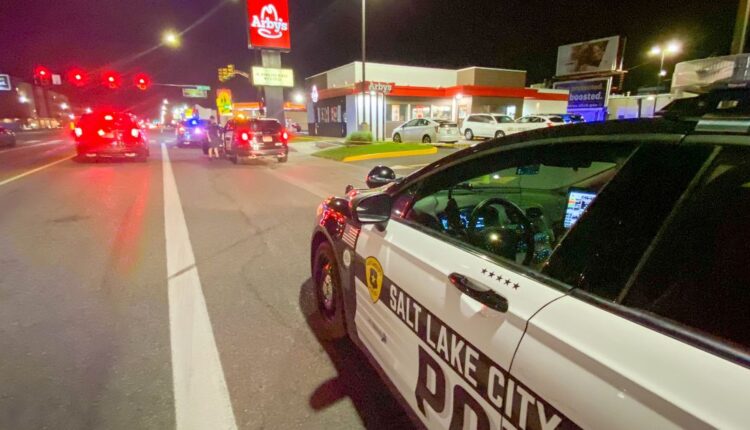 The fatal stabbing is the fourth homicide in Salt Lake City this year.

Salt Lake City police have arrested a man in connection with a deadly stabbing Saturday night.

Trevor Bellaccomo, 34, was stabbed multiple times and found wounded near 1700 South and State Street around 9:25 pm, authorities said in a news release. Bellaccomo was taken to a hospital, where he died from his wounds.

On Sunday, police arrested a 36-year-old man and booked him into the Salt Lake County jail on suspicion of murder and obstruction of justice. The Salt Lake Tribune generally does not identify suspects unless they’ve been formally charged.

The man allegedly stabbed Bellaccomo multiple times outside an entertainment venue, the release said. Bellaccomo then walked to the area near 1700 South and State Street “to get help but lost consciousness and collapsed,” police said.

Authorities said the stabbing “does not appear to be a random attack.”

Bellaccomo’s death is the fourth homicide in Salt Lake City so far this year, according to police.

What is Dead Pool? | Manufacturing.net

Community pitches in to help send Ogden teen to prom