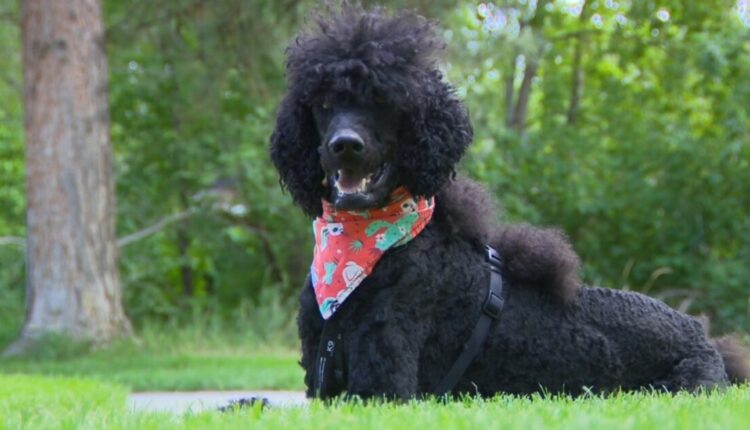 SALT LAKE CITY — A Utah teacher is hoping to add a unique teacher’s assistant to her classroom. One with four legs and tons of fur.

Whitney Stewart is a middle school teacher in Salt Lake County who took time this summer to have her dog, Dekker, professionally-trained to become a therapy dog.

“He’s got the natural temperament you want to see in a therapy dog,” Stewart said. “He’s just very warm.”

Dekker worked on leash manners and responded to different stimuli during his training.

“We serve a lot of immigrant, refugee families as well as those living below the poverty line. That can come with trauma and difficulties,” Stewart said.

Therapy dogs often sit with children who are learning to read, often relieving some of the pressure that can be felt in a challenging school setting.

“The kid can read to the dog so you have a non-judgmental audience,” Stewart said.

According to the Wyoming-based Alliance of Therapy Dogs, students who participated in a canine reading program increased their reading fluency between 12%-30%.

Dekker still faces several hurdles before he is officially allowed in the classroom. He must pass a certification test and receive district approval.

Whitney will also need to work out a schedule allowing Dekker to work no more than two hours per day, and she won’t be allowed to handle him while she is teaching.

She is confident the benefits Dekker brings to her students are worth overcoming all of the hurdles.

“An animal is empathetic. It’s going to teach the kids to care for another creature,” she said. “He was walking around and found an old lady. He leaned on her and she started crying and said, ‘I just lost my dog. How did he know?’”