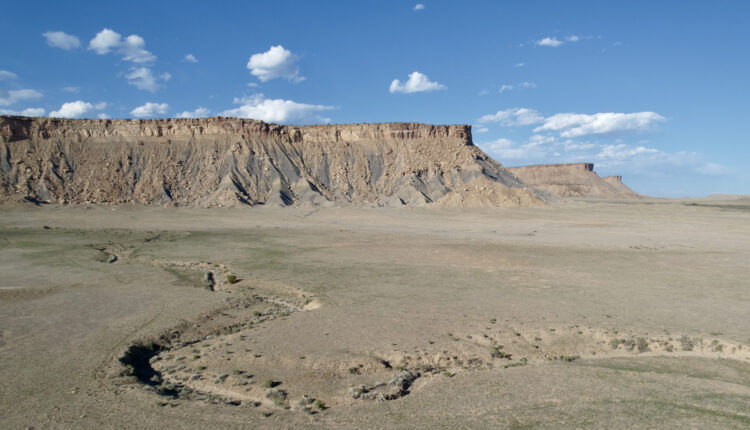 Only a month after applying for a federal environmental assessment of the Eastern Utah Regional Connection — known locally as the Book Cliffs Highway — the Seven County Infrastructure Coalition voted 4-3 last week to cancel planning efforts for the highway.

The move was the latest about-face in a multi-decade flip-flop over the controversial plan to build a road in Grand County from Interstate 70 to the Uinta Basin, an effort Grand County has long opposed, arguing it would be unnecessary and expensive .

The coalition’s latest decision, however, arose not primarily out of concern for Grand County, which left the coalition several years ago over its inability to veto the highway.

Rather, the coalition’s split vote illuminated the highway’s evolving purposes and variable economic impacts on the swath of eastern Utah encompassed by the coalition. More mundane concerns arose as well — where to get funding; whether the corridor is worth it as other infrastructure projects come online.

Disagreements first reared at the coalition’s February meeting, when several board members acknowledged that the highway would hurt some counties but help others.

“[The highway] … could’ve been really divisive for this whole group up here,” said Board Member Lynn Sitterud of Emery County. “Because it’s good for two of the counties; it doesn’t really matter for a couple; then it’s bad for some.”

Sitterud said the highway would be “really bad” for Carbon County, and “somewhat bad” for Emery County. Those western counties together house an existing highway corridor to the Uinta Basin, so they could lose through-traffic and tourism revenue if the new highway is built eastward.

Northern counties like Daggett and Duchesne, however, would likely benefit from the additional corridor — especially as the upcoming 85-mile Uinta Basin Railroad promises to provide such northern counties a new conduit for natural resource extraction.

Uncertainty also arose over the highway’s funding, with seemingly different messages coming from the Utah Department of Transportation and the state Legislature.

According to Board Member Tooter Ogden of Sevier County, several UDOT employees said that given their project backlog, a highway would be “a long way down the road.”

Executive Director Mike McKee contended that the state Legislature, not UDOT, is ultimately responsible for allocating money toward infrastructure projects.

“The Legislature supports moving forward with this project,” he said, adding that an unnamed state senator had recently told McKee to tell the board, “Get the [environmental review] done. We’ll get the project built.”

At several points, board members voiced their appreciation of the meeting’s respectful dialogue, despite recent “pressures placed on it,” in Sitterud’s words.

“Having a divided vote does not mean we have a divided board,” said Board Member Jack Lytle of Daggett County. “Everything doesn’t have to be, nor is it necessarily healthy to be, unanimous every time. I’m glad that we’re able to put aside personal feelings and work from facts.”

The board ultimately voted to table the issue until its March meeting. But at that meeting, not much had changed.

“I just think this dilutes what energy we do have,” said Board Co-Chair Casey Hopes of Carbon County at that meeting, adding his concern that the highway would route traffic away from western towns like Helper and Green River.

“It’s a great deal, and I’d like to see it for Uintah County,” said Board Member Brad Horrocks of that county. “But I also strongly recognize [your] concerns and the working relationship we have with each other.”

“I think we’ve beat this like a dead horse over the last six months, maybe a year,” said Miles. “… When we make a decision as a board, let’s stand united in the decision and move forward together.”

But after battling the project for years, Grand County Commissioner Mary McGann said she isn’t certain it’ll stay off the table.