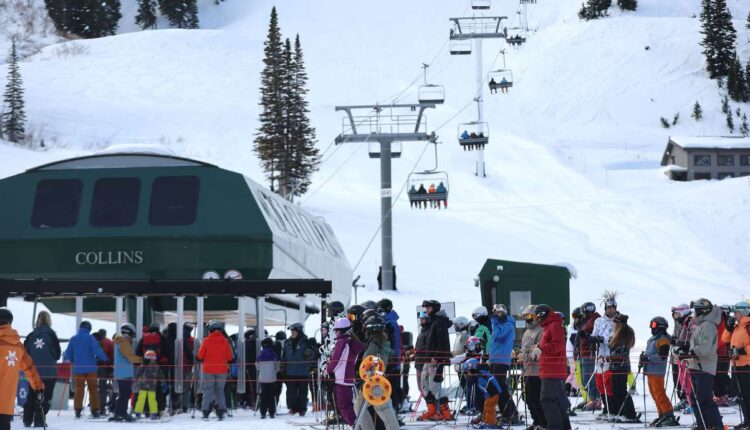 SALT LAKE CITY — Traffic at Utah’s ski resorts has settled down after a chaotic opening week in the Cottonwood canyons, but upcoming holidays are expected to create additional surges this winter in addition to other major ski days.

That’s where Utah Transit Authority’s ski bus service comes in handy; however, service this winter will be muted a bit at some ski resorts. Utah’s resorts remain “disappointed” by the cut of this season, said Alison Palmintere, the director of communications for Ski Utah, a nonprofit organization that promotes the state’s resorts.

That said, they are glad that the service is now ready to go for the season. UTA will begin service to Powder Mountain and Snowbasin resorts on Saturday, and resorts in Big and Little Cottonwood canyons on Sunday. Service to Sundance Resort in Provo Canyon will begin on Dec. 17

“We’d like to remind everybody that the ski bus service is still running and, despite these cuts, it’s definitely still a viable option,” Palmintere said. “It’s something that we suggest, for sure.”

UTA announced ski bus service reductions in September, along with other service changes that would begin on the December schedule change day. Many of the changes are a result of not having enough bus drivers to handle the regular schedules. UTA spokesman Carl Arky told KSL.com at the time that UTA was short 85 bus drivers, including 65 in the Salt Lake County area.

The agency suspended Route 953 this season, a ski bus service route from Midvale to resorts in Little Cottonwood Canyon. It will also reduce the frequency of Routes 972 (Midvale to Solitude/Brighton) and 994 (Sandy to Snowbird/Alta) from every 15 minutes to every 30 minutes. Route 994 will also not go to the Albion Day Lodge or the town of Alta; it will go to Alta’s Goldminer’s Daughter Lodge.

Routes 674 (Ogden to Powder Mountain), 675 (Ogden to Snowbasin) and 677 (Layton to Snowbasin) in northern Utah have been “restructured” to have more mid-day trips and fewer peak trips, according to UTA. Palmintere explained that restructuring is beneficial for both resorts because it spreads out when buses run throughout the day instead of them only running in the morning and evening hours.

Utah’s season began with a bang, as perfectly timed storms allowed resorts to open earlier than usual. This year was the fourth-earliest start on record, according to Ski Utah. And with labor situations and other issues figured out, all of the state’s 15 resorts will be open by this weekend.

Yet the early start led to a chaotic first weekend in the Cottonwood canyons, resulting in 6,000 cars each day. Palmintere said that traffic has mostly settled down since then but there are some busy days on the horizon, such as Christmas, New Year’s and Presidents Day, which all typically drive up traffic in addition to weekends.

For those who aren’t able to catch the bus, Ski Utah recommends that skiers and snowboarders carpool to reduce traffic congestion. The organization also recommends that people consider spreading out their trips, going to a resort on a weekday if possible.

“Skiing off-peak times is always our best suggestion,” Palmintere said. “I was up at Brighton earlier today and had a great time — didn’t wait in too many lift lines, and it was pretty easy getting up there.”

High Valley Transit, which covers transit options in the Wasatch Back, is picking up some of the slack when it comes to connecting Park City and Salt Lake City. The agency plans to debut Route 107 (Park City to Salt Lake City) on Sunday. It features five trips every day to and from the Kimball Junction Transit Center in Park City and UTA’s Salt Lake Central Station, including a stop at the University of Utah along the way. The trips are spread out through every day.

“While we understand the pressures of hiring difficulties, the elimination of the 902 route to the university area and downtown left our long-time users of that route with no options. With input from our riders, the tenacity of staff to find an emergency solution , and the cooperation of UTA, HVT is pleased to be able to provide temporary service to this area through the new 107 route,” she said in a statement to KSL.com. “While it won’t completely duplicate the previous service, it will be able to adequately serve the majority.”

Carson added that the agency plans to work with UTA and others in the future to study and develop “a permanent, long-term solution.”

The agency recommends that those who used the Ogden route use Routes 455 or 604 instead, and Routes 831, 862 or UVX in place of the discontinued Orem route.

Other changes that take effect on Sunday include: