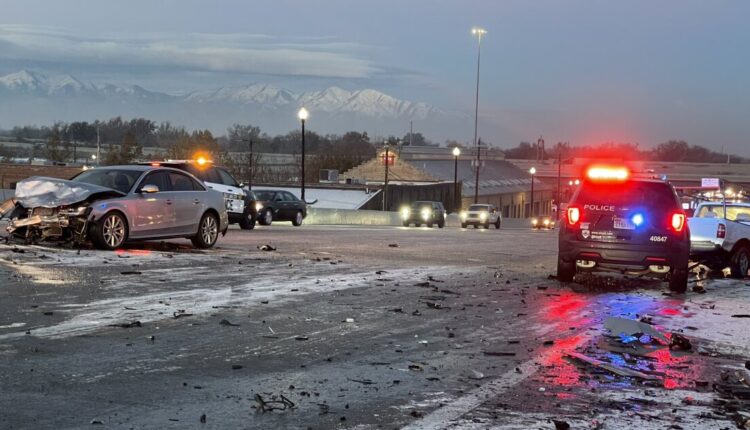 SALT LAKE CITY — The day before Thanksgiving kicked off with some flurries across the Wasatch Front, leading to slick roads which may have contributed to multiple crashes.

Utah Highway Patrol said one crash happened on I-80 at milepost 85. Initially, two cars crashed and were blocking the road when a third vehicle also became involved.

One driver was standing outside their vehicle and was hit when the third vehicle crashed into them.

Eastbound lanes of I-80 were closed for more than two hours Wednesday morning as officials investigated and cleaned up.

They said one crash, located on the 400 South viaduct, involved a police car. In that crash, police said, a driver was taken to the hospital to be treated for non-life-threatening injuries.

Photos show debris scattered across the road as well as a dusting of snow.

If you’re headed to a Thanksgiving feast this morning, use caution when traveling on Utah roads.