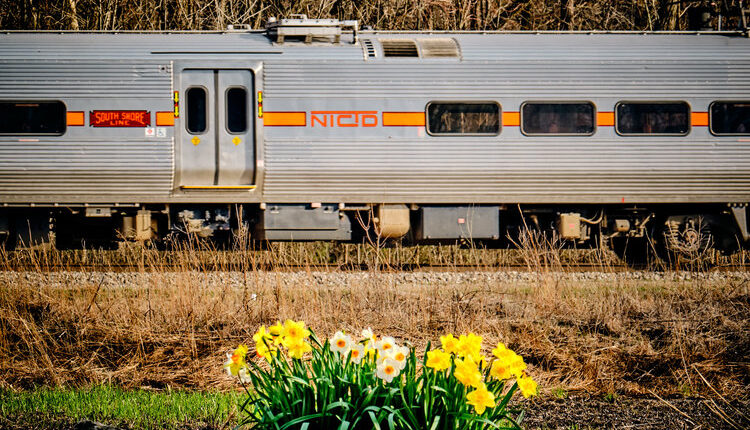 The following is an update from NICTD on the South Shore Line (NICTD) Double Track NWI Project construction that is ongoing:

Double Track NWI—Construction Next Steps
INFORMATION UPDATED 5/31/2022Emergency Contact List
GARY-MILLER STATION AREA
All buildings have been demolished for the construction of the station and parking lots in Miller. New sewer work is underway in both the west and east parking lots. Parking is available but temporarily restricted while work near Miller Station progresses. Vehicular and pedestrian access from Melton Road (US 20) will be closed, and the driveway from Old US 12/Dunes Hwy will remain open. Construction activities may occur on the shoulder of Old US 12/Dunes Hwy.

7th Avenue will be closed between Floyd and Lake Street beginning Thursday, May 19th for sewer relocation work. Local access will be allowed between Floyd and Hamilton. The work is expected to be completed by June 30th but may run through July 19th if needed. There will be lane restrictions on Old US 12, but access to Miller Station will be maintained. Click here for detour map.

NIPSCO Contractors (ARC American) will be working on overhead electric lines on US 12 near Alabama St from June 13th through July 1st.

INDOT’s US 20 Complete Streets Project in Gary:
This project is separate from Double Track. In Spring of 2022, INDOT began its “Complete Streets” project, which includes the reconstruction of Melton Rd east and west of Lake St. along with sidewalks and plantings. Any questions related to INDOT’s project should be directed to 855-463-6848.

Installation of a new pedestrian signal is scheduled for Hillcrest Rd at Ogden Dunes Station in mid-June.

DUNE ACRES AREA
Installation of multiple large and small culverts began in early March at locations mostly west of Beverly Shores (one is east of Beverly Shores). Residents can expect equipment moving and vehicles entering and leaving Route 12 and side roads throughout the culvert installations. Culvert’s work is expected to end in July.

BEVERLY SHORES STATION AREA
Installation of multiple large and small culverts began in early March at locations mostly west of Beverly Shores (one is east of Beverly Shores). Residents can expect equipment moving and vehicles entering and leaving Route 12 and side roads throughout the culvert installations. Culvert’s work is expected to end in July.

Walsh/Herzog began removing the existing low-level platform and began building the two new low-level platforms at Beverly Shores Station the week of May 16. Large beams will be installed for the NICTD catenary system east and west of Broadway beginning June 8. Track, overhead wire and fiber work will be ongoing in the general area in May and June.

NICTD owns the property just west of County Line Road north of US 12 in the Town of Pines where a brick company was formerly located. NICTD’s Construction Management firm, WSP, has a temporary construction office (trailer) at this location. Walsh/Herzog Joint Venture, the Double Track Project’s main contractor, also has various trailers onsite. The lot has been fenced by Walsh/Herzog Joint Venture. There are many vehicles coming and going from this property.

NIPSCO will be replacing poles along the tracks in this area in early June.

Installation of multiple large and small culverts began in early March at locations mostly west of Beverly Shores (one is east of Beverly Shores). Residents can expect equipment moving and vehicles entering and leaving Route 12 and side roads throughout the culvert installations. Culvert’s work is expected to end in July.

Track construction is underway at the east end of the double track project in Michigan city (Michigan Blvd is eastern project limit).

The historic 11th Street station has been demolished and foundation removal is complete. The block is fenced and portions of the sidewalk are closed to allow for continuing work. Pedestrians must use the south side of 11th Street. The new north boarding platform foundation is being built as of May 2022.

Construction on 11th Street began February 28, 2022, which included a full closure of 11th St itself. Michigan City residents can expect north/south street closures that progress westward as construction advances, with signage indicating which streets will be closed and when. Residents, businesses and other property owners are also being notified of any work that will impact ingress/egress for their particular site.

Installation of the overhead catenary poles is in progress in the right of way south of 10th St.

The intersection of 11th Street with the following streets will only be closed as required to construct the work across the intersections.
-Chicago Street
—Ohio Street
— Wabash Street
—Washington Street
– Franklin Street
– Lafayette Street
– Oak Street
It is currently anticipated that two closures of each of these intersections will be required with each closure lasting approximately two to three weeks.

To maintain traffic flow in the north south direction past 11th Street, the following constraints will be implemented by Walsh/Herzog:
Tennessee St will remain open when Ohio St is closed until the Ohio Street crossing is re-opened.
The intersections of Wabash St, Washington St, and Franklin St will only be closed one at a time.
The intersections of Lafayette St and Oak St will also only be closed one at a time.
Michigan Boulevard will remain open throughout the duration of the project.
The intersections at 11th and Franklin were converted from a stoplight to a stop sign configuration during construction. Construction on 10th Street will occur to the south of the existing roadway, where the two new tracks will be installed. At the completion of the work, the current tracks down 10th Street will be removed and the roadway repaired.

After completion of the Franklin Street closure, Washington Street will be closed at 11th Street to construct the new north track through this intersection. Washington is expected to close for approximately 30 days on June 3rd but may close the morning of June 6th. Wabash will follow Washington with an expected closure date of July 5th. Road closure information will be updated as work progresses. Franklin, Washington, and Wabash will only be closed one at a time to allow north-south access across 11th Street.

Larson-Danielson Construction was awarded the contract to remove the façade from the historic station building on 11th and Franklin streets. It has been removed and is being repaired and stored for future re-erection onto the large 11th Street Station and parking structure. The City is currently working with Flaherty & Collins, a developer, to evaluate alternative Transit Oriented Development (TOD) options for the block bounded by 10th, 11th, Franklin and Pine. Plans for that development are in progress. Questions should be directed to the City of Michigan City for the TOD effort.

NICTD has provided the City of Michigan City with an emergency response contact list. Emergencies should be reported using 911.