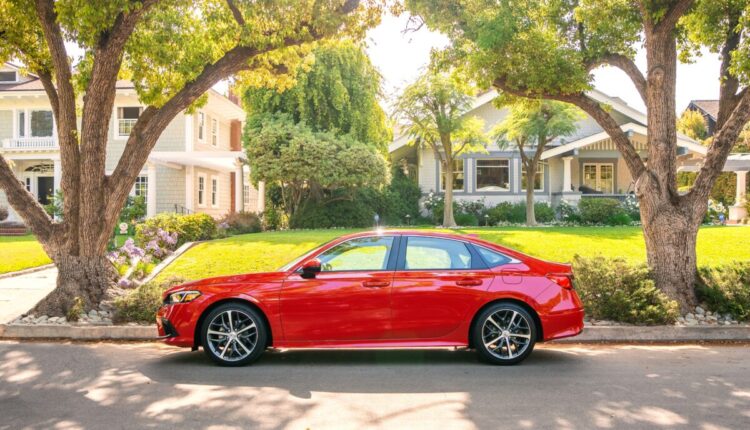 After almost 50 years in the US market, the Honda Civic is debuting its 11th generation for the 2022 model year. Since it was first offered way back in 1973, the Civic has become the fourth best-selling car in America with more than 18 million cars sold.

Quite frankly, that’s a lot of cars, and Honda obviously must be doing something right because folks keep going back and buying Civics. What started as a two-door coupe is now a beautiful sedan. It can be had in a very race car-like version known as the Type R, which appeared for the first time at the Honda Indy 200 race in Ohio.

Over the years, we have had the chance to drive various versions of the Civic, including an SI Hatchback, a Touring Hatchback and, of course, the Civic R. However, we have never had the chance to try out the Civic sedan; this gave us good reason to look forward to driving what so many in the past have come to love.

After spending only a couple of hours in the sedan on the first evening it arrived, we understood why it is such a popular vehicle here in America. It is loaded with space and comfort, and in the touring trim level, all kinds of great additions come standard.

Honda’s media site says with this new generation of Civic, the company has “raised the bar in every conceivable way — design, performance, fuel economy ratings, safety features and technology.” Our test drive made us believe Honda has put forth a huge effort to make the Civic a great choice for both everyday driving and longer trips such as family vacations.

With a price tag under $30,000, all this can be had at an affordable price point.

Both are coupled to the wheels via a continuously variable transmission that is designed to work hand-in-hand with both engines and will even appear to step through the gears when accelerating in a similar fashion to a normal automatic transmission.

We loved how this worked as it made the Civic feel more like the vehicles we have been accustomed to driving all our lives. The smaller engine was extremely engaging and fun to drive; we never felt like there wasn’t going to be enough power, even on the faster freeways around Utah. At the end of the week, we got a very impressive 35 miles per gallon in the Civic.

We took the Honda to Ogden to view the Warriors Over the Wasatch Air & Space Show on the Saturday of our test drive and got to use all the great features included in the sedan. Our favorite was the adaptive cruise control that works in conjunction with the lane keep assist, both having found their way into the Civic Touring from the Acura line.

These two safety features alone made the 80-mile drive easy and convenient that Saturday morning. The Civic would stay perfectly centered in the lane and a safe distance from the vehicle in front of it, almost as if we didn’t have to drive at all.

Of course, Honda didn’t stop there when adding features to the new Civic. Other features include blind spot monitoring, lane departure warning, rear cross path detection and forward collision detection and avoidance. The sedan is even designed to mitigate a collision with a pedestrian, with the front designed to help a pedestrian in the event an accident occurs.

The interior of the Civic turned out to be our favorite part of the new sedan. It’s been put together with the best materials possible. We really liked the strip of mesh-like metal that made its way across the center of the dashboard, in essence hiding the air vents but allowing them to function with ease.

On the technology side, the new Touring edition is loaded with all kinds of goodies, including the all-new 10.2-inch all-digital LCD driver instrument panel that could be configured in different ways. Add to that the 9-inch touch screen that dominated the center console, and it added up to some awesome eye candy along with all the technology needed for any type of drive.

Wireless Apple CarPlay and Android Auto are also standard on the trim level and worked seamlessly with our phones, hooking up very quickly each time we got into the Honda. The list just kept going in this department, including a Bose 12-speaker audio system placing both front seat occupants in the middle of the music.

For the price, the new Honda Civic Touring can’t be beat and will continue to be a leader in the market. We can’t wait for the hatchback and Type R to make an appearance.