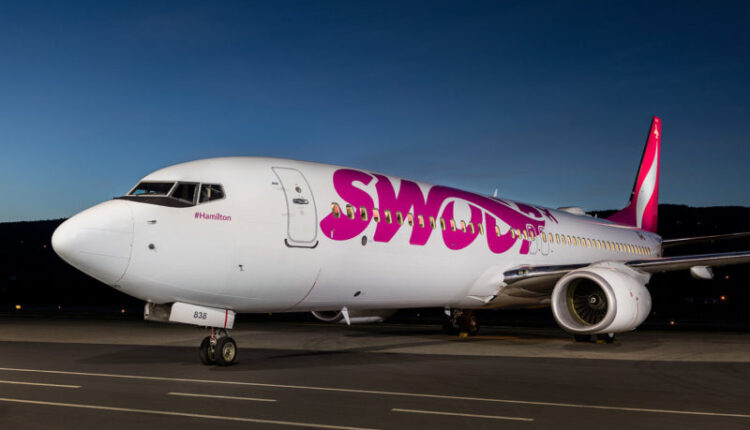 Swoop is the 13th airline to serve Palm Springs

PALM SPRINGS – Palm Springs International Airport (PSP) has landed yet another new airline with the announcement that Swoop is coming to Coachella Valley next month.

Today, Swoop – a Canadian ultra-low-cost airline – announced plans to begin service between Palm Springs International Airport and Edmonton International Airport in Canada on December 16, 2021. The twice-weekly service is carried out on Mondays and Thursdays on one of their Boeings 737-800 aircraft with power in the seat, WiFi on board and 189 comfortable leather seats.

“We’re excited to announce our new nonstop service to Edmonton to include Palm Springs International Airport,” said Charles Duncan, President of Swoop. “With more than three million travelers experiencing Swoop’s incredible service and extremely low tariffs, we are confident that this new route will be a great success.”

With the arrival of Swoop, PSP will serve 36 airports from 13 airlines non-stop during the season and 15 airports all year round. Swoop Airlines will become PSP’s fourth Canadian carrier and third ultra-low-cost carrier. PSP’s list of airlines and non-stop routes continues to grow as Coachella Valley Airport benefits from the return of leisure demand for the upcoming tourist season.

“We are very excited to welcome Swoop Airlines to Greater Palm Springs,” said Gary Orfield, Director of Tourism Development for Visit Greater Palm Springs. “As our international borders have reopened, this new service will continue to build on our strong relationship with warmth and sunshine to our Canadian neighbors.”

ABOUT SWOOP
Swoop is committed to making travel more affordable and accessible for all Canadians. Founded in 2018 as an independent subsidiary of the WestJet Group of Companies, Swoop is Canada’s ultra-affordable airline. Swoop offers scheduled flights to destinations in Canada, the United States, Mexico and the Caribbean, and with its unbundled fares, Swoop gives travelers the control of buying only the products and services they want.

How Rural Communities Are Losing Their Pharmacies