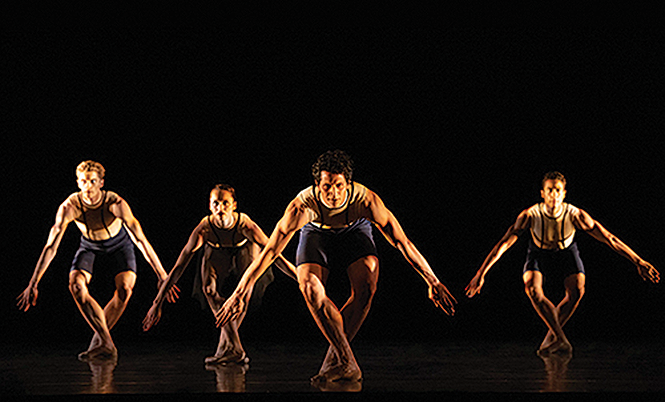 Ballet West @ Park City Eccles Center
As stressful as the last 17 months have been for art organizations of all kinds, Ballet West has remained almost impossible to keep busy. In addition to the spring live production Precious Gems, the company performed a live production in autumn 2020 and offered the summer intensive program. Ballet West was also involved in creating the nine-part documentary series In the Balance: Ballet for a Lost Year, which accompanied the company and several individual dancers for a month as they prepared for live performances in the volatile COVID era .

Part of a thriving performing arts ensemble is showing your work to an audience outside of your usual theater space. 5 pm, 7.30 pm The program consists of three contemporary works, two of which were premiered in May of this year. The Thing With Feathers by choreographer Emily Adams – a collaboration with the music film program of the Sundance Institute – to the violin by Isabella Reyes. Matthew Neenan’s The Solo Year shows the technical skills of eight dancers and the bold costuming of Mark Zappon, with a score featuring the concerts of Pietro Locatelli. The final piece, Piece of My Heart, brings us the work of Ballet West-based choreographer Nicolo Fonte, inspired by the music of Janis Joplin.

Tickets cost $ 20 to $ 200 and are available now. Visit balletwest.org for additional information on performances and current health and safety protocols. (Scott Renshaw) 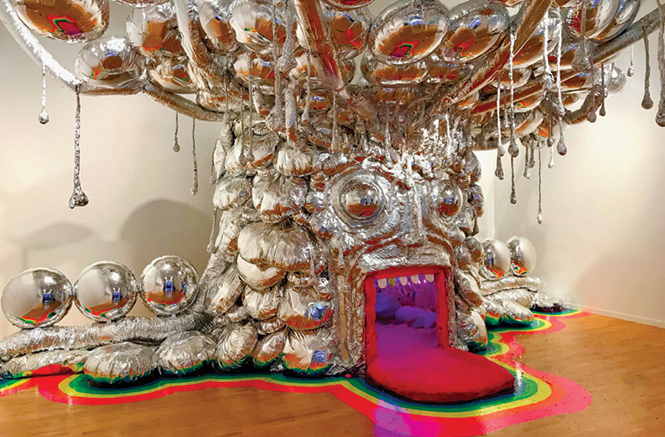 Wayne Coyne: The King’s Mouth
Anyone who’s seen a live performance by the Flaming Lips knows that these shows are less rock concerts than performance works of art – wacky multimedia experiences with frontman Wayne Coyne bouncing through the crowd in a plastic bubble (and this was before) – COVID!). Coyne’s art has expanded into a variety of different artistic disciplines, and with Flaming Lips making their third return to the Ogden Twilight series, locals have the chance to see yet another manifestation of Coyne’s seemingly limitless imagination.

Ogden Contemporary Arts (455 25th St., Ogden) is home to The King’s Mouth, a multimedia art installation that has been touring since 2015 and follows on from the story of the Flaming Lips album of the same name from 2019. The centerpiece is a huge head in the form of a shiny chrome tree, the open mouth of which invites visitors. Original music, animations, video and light effects contribute to a dazzling sensual extravaganza. “This is going to be our third year (at Ogden Twilight) and now we have this crazy art installation at the same time and to me it’s like, wow, in just a couple of years Ogden has become this great kind of art,” says Coyne in a progressive place Press release.

The King’s Mouth visit to Ogden begins with a reserved slot “King’s Stroll” on Friday, August 6th, with openings from 4pm for USD 15 per person. Tickets are also available for a special pre-party with Coyne ahead of the Flaming Lips Show on August 20th. The King’s Mouth runs through September 19th; Visit ogdencontemporaryarts.org for more information. (Scott Renshaw) 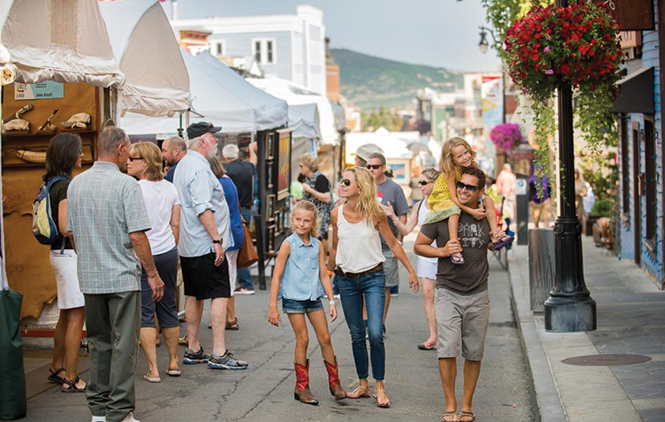 Park City Kimball Arts Festival
In summer you really don’t need an excuse to drive up the local mountain, with clean air and 10-15 degrees cooler temperatures than those that bake the Wasatch front. However, should you have long since dwindled, the delights of Park City’s historic Main Street, transformed into an open-air venue for visual arts and music, should give you the nudge you need.

The Park City Kimball Arts Festival returns August 6-8 for its 52nd edition, featuring three days of artists and artisans, food (in the Brewpub parking lot and on Heber Avenue) and live music. The participating artist booths have been reduced slightly to allow for greater distance, but there is still plenty to see and do in the open air, as well as the Studio am Main, which provides examples of the Kimball Art Center’s year-round hands-on programs. Whether you’re into painting and sculpture, or textiles and jewelry, there is something for everyone with the nearly 200 participating artists, 40 of whom are from Utah, including local favorites like Chris Bodily, Stephanie Swift, Anna Leigh Moore, and Erik Jensen. Music headliners scheduled at press time include Tenshin Taiko Drummer, Ballet Folklorico Sabor Latino, Los Chaskis, Swagger and Hot House West.

Tickets are $ 10 per day or $ 25 for a three-day festival pass, with Friday being free for Summit County residents. The festival times are Friday 5 pm-9pm, Saturday 10 am-8pm and Sunday 10 am-6pm. The proceeds from the event support the year-round programming and educational work of the Kimball Art Center. Visit parkcitykimballartsfestival.org for more event information. (SR) 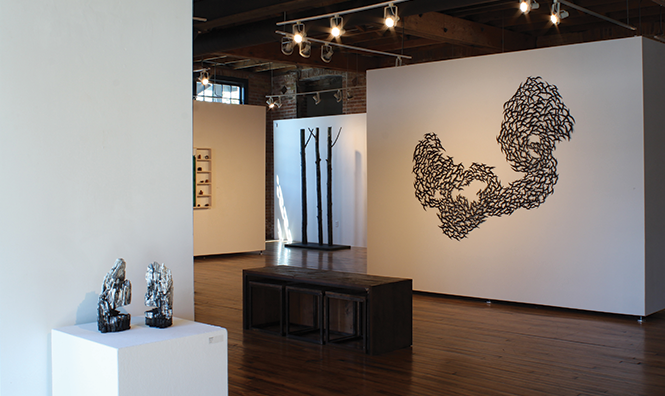 Modern Western Art: Earth
One of the many consequences of the COVID-19 pandemic was increased collaboration between artistic organizations – a realization that, especially in times of crisis, it was necessary to pull together to ensure the sustainability of every organization. It’s encouraging and enlightening every time these collaborations take place, and an ongoing exhibit at Modern West Fine Art (412 pp. 700 West) marks a special collaborative effort between the gallery and the Southern Utah Museum of Art in Cedar City.

Earth serves as a preview of SUMA’s upcoming This Earth exhibition, albeit with a few extra goodies. Selected works from This Earth will be shown alongside new works by artists represented by Modern West, as well as works by invited guests who also dealt with the theme of works inspired by nature and humanity’s interaction with it. Among the works on display is “Swarm” by local artist Lenka Konopasek, who continues the type of three-dimensional sculptural work she previously demonstrated in pieces such as “Indoor Tornado”. “Swarm” is inspired by both the 2017 solar eclipse and the movements of the birds, with interwoven semicircles that evoke both the fall of shadows from moving celestial bodies and the choreography of birds in flight. Other participating artists are Shonto Begay, Rebecca Campbell, Day Christensen, Michael Coles, Ash Ferlito, Kiki Gaffney, Tom Judd, Courtney Leonard, Anna Laurie Mackay, Color Maisch and Christopher Woodward.