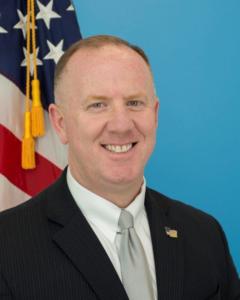 Dennis W. Rice has been named Special Agent in charge of the FBI’s Field Office in Salt Lake City.

Prior to his appointment, Rice was the assistant assistant director of the Enterprise Cybersecurity Office at FBI headquarters in Washington, DC

His FBI career began in 1997 in the St. Louis Field Office investigating violent crime, organized crime, counterintelligence and cyber cases. In 2005, Rice was promoted to chief security officer and was the information systems security officer. Then, in 2012, Rice was named a regulatory special agent for counter-espionage and engineering programs in St. Louis.

He also served as a crisis management coordinator and directed a year-long active shooting training initiative in St. Louis.

In 2016, Rice became the assistant special agent for the counterintelligence and cyber department at the Los Angeles office, responsible for the West Covina Resident Agency.

Rice was promoted to head of department for counterintelligence at headquarters in 2018 and led several joint operations with USIC partners.

In 2019, he became Deputy Deputy Director of the Enterprise Cybersecurity Office in the Information Technology Department at headquarters.

Before joining the FBI, Rice worked in the Somerset Police Department in Kentucky.