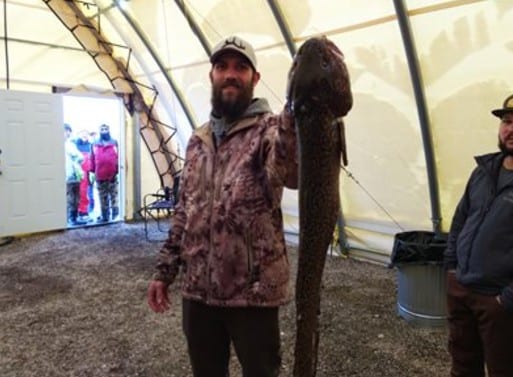 The event gave anglers the opportunity to compete against burbot.

“The largest burbot caught was 34.6 inches and 7.71 pounds,” said the Wyoming Game and Fish Department on Monday, February 3rd. “The smallest was 4.3 inches and 0.02 pounds.”

“This year’s event had almost 800 participants and 225 teams. Anglers also set a new record for the number of fish removed during the event; 5,565 burbot. “

At the Burbot Bash there were prizes for catching the largest and smallest burbot, but also other prizes.

“Anglers compete for the most burbot, the largest and smallest, and the ability to catch a burbot in one day for the grand prize,” says Game and Fish. “In late January, workers from the Wyoming Game and Fish Department and the Utah Division of Natural Resources posted 51 tags for the burbot bash.”

“During the last derby, 5 days were caught again. Most of the tags are from previous years. “