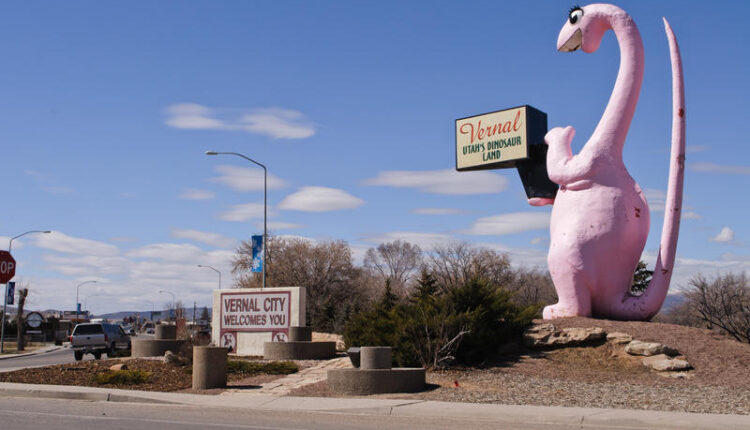 Tourism could save a city in the Uintah Basin

According to the Utah Department of Work Force Services, Uintah County’s unemployment rate is 8.4 percent. That is more than double the national average of 3.5 percent.

But Uintah County’s travel and tourism director Lesha Coltharp said the recent job losses and brain drain weren’t as bad as some said.

“We really haven’t lost that many people. Several shops in town still have bulletin boards for those seeking help, “said Coltharp.” You know, the unemployment rate is pretty high, but we’re not a ghost town. “

Uintah County has the Dinosaur National Monument, the Green River, and three state parks. Coltharp says the county gets nearly a million visitors every year, but needs to continually use tourism to sustain life and money in the area.

“You know, we know tourism will never replace oil and gas, but it’s a great place to relax and so we’re trying to bring some of these ideas and get them out so they know, hey Vernal – Have fun riding ATV, have fun. Extra things besides the dinosaurs and oil and gas, “Coltharp said.

This week Vernal, Uintah County and Utah State Parks are holding an Outlaw ATV Jamboree to attract people to the city.

“We’re definitely not where we used to be, but we’re trying to improve,” said Coltharp.

Coltharp said events like the jamboree are an attempt to diversify the economy so that people don’t feel the crisis quite as badly when oil and gas go down.

‘Are You Going to Keep Me Safe?’ Hospital Workers Sound Alarm on Rising Violence