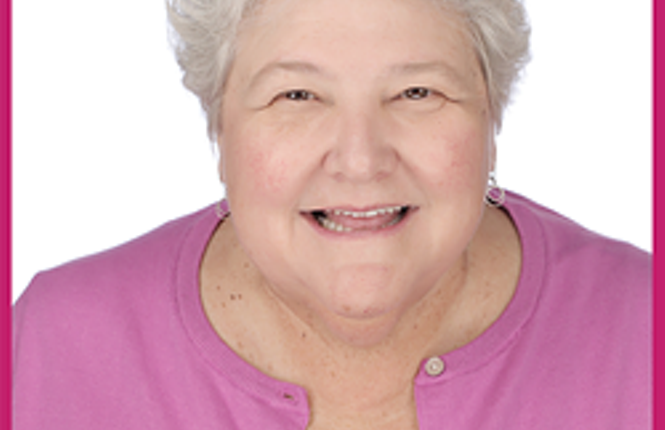 You’re in Utah, you’re pregnant and for whatever reason, you’d like not to be. What do you do?

Even though Utah is a deep-red, pro-life state, women have access to elective abortions during the early stages of their pregnancies. But since the US Supreme Court jettisoned Roe v. Wade in June, that could change. And it’s damned-near impossible to predict what comes next.

For help, City Weekly reached out to Planned Parenthood Association of Utah President and CEO Karrie Galloway (who recently announced her retirement at year’s end) to help us sort out this new country and state we’re all living in. Our best interpretation of the law as it stands, paired with Galloway’s expert insights, follow.

Is abortion legal in Utah?
Short answer: For now, yes, up to 18 weeks of fetal development.
Long answer: Utah is one of 13 states that passed a so-called “trigger law,” banning virtually all abortions, in anticipation of a Republican-manipulated Supreme Court overturning decades of legal precedent. The court’s decision in Dobbs v. Jackson Women’s Health did exactly that, stripping away federal protections and giving states full authority to legislate abortion as they please.

Utah’s trigger law would have taken effect immediately after the decision was announced, but Planned Parenthood and others sued the state and obtained an injunction, pausing the all-out ban while the courts consider whether or not Utah’s State Constitution guarantees a right to reproductive autonomy.

But those clever lawmakers actually passed not one, but two trigger laws. The Utah court’s decision to pause the zero-week ban left untouched another pre-Dobbs law moving up the state’s cutoff for elective abortions to 18 weeks.

Galloway says: “It allowed the state to come in and enforce the 18-week ban, which had never been enforced before. And we are still following all of the other TRAP legislation that has been passed over the years.”

What’s a TRAP?
Short answer: Hurdles the state imposes to stop you from getting a legal abortion.
Long answer: TRAP stands for Targeted Regulation of Abortion Providers, and refers to burdensome—and often medically unsound—laws that many states have adopted to squeeze abortion services out of existence prior to the overturning of Roe v. Calf.

In Utah, this means that before obtaining a legal, pre-18 week, elective abortion, a patient must pass a series of steps, all overtly intended to make them abandon their efforts. Those steps include:

—Complete a face-to-face interview with a qualifying medical professional.

—Sign a permission slip acknowledging that they understand their choice.

—Wait 72 hours to reconsider their choice.

—Then, obtain abortion from provider, pay any related fees.

Additional steps are regularly sponsored at the Legislature. Not long ago, now-Lt. gov. Deidre Henderson led an unprecedented walkout of the state Senate’s female members over a bill mandating that patients undergo and be shown an ultrasound before receiving an abortion. The bill failed.

The 72-hour waiting period, by design, imposes significant time and travel costs on patients. But technology has facilitated some steps, like viewing the mandatory video online or conducting face-to-face consultations virtually.

Galloway says: “Most people choose to do it in person, but we have made accommodations using a platform where the optics are so good that we can verify that the person is who they say they are by holding their identification up to their face and it can be determined that, yes, they are that person.”

Can Planned Parenthood win its lawsuit against Utah’s abortion ban?
Short answer: Yes.
Long answer: Because federal law has propped up abortion rights for so long, virtually every state is now being confronted—many for the first time—with what their respective constitutions say on the subject. This can and will lead to a kaleidoscope of state-level court rulings, with some governments succeeding at criminalizing abortion while others are compelled by the judicial branch to preserve a right to choose.

But proponents of reproductive rights may have even more reason for optimism in Utah, as it was one of the last states added to the union and, thus, its constitution was written with comparatively modern sensibilities. That’s why lawmakers are reportedly floating an amendment to explicitly deny abortion rights, which requires a public vote.

Galloway says: “Women actually were part of the conversation. And our prevailing religion here, at many points in its history, respected women a lot more than [lawmakers] do right now. It’s coming back to bite those who want to control those bodies, because [the law] talks about freedom of agency and about equality of sexes.”

What if Planned Parenthood looses?
Short answer: Very few Utahns will qualify for a legal abortion in Utah.
Long answer: If enacted, Utah’s trigger law would allow exceptions for rape, incest and the life of the mother. However, claiming those exceptions would require a poorly defined stack of police reports and other formal documentation, realistically putting the procedure out of reach for all but the most extreme cases. The few who do qualify would still be subject to the TRAP requirements listed above.

Elective abortion services would continue in other states for those who are able to travel. Colorado, notably, has taken steps to codify reproductive freedom in its laws, and Planned Parenthood operates a clinic in Glenwood Springs, a stop on Amtrak’s California Zephyr rail line—which runs through Utah—or a roughly 350-mile drive east of Salt Lake City. A quick Google search suggests that a standard hotel room in Glenwood Springs costs between $100 and $200.

A spokesperson for Planned Parenthood of the Rocky Mountains said its clinic doors are open to any patient and that roughly half of its services are currently going to out-of-state visitors. “People need to control their own body, life and future, no matter where they live,” the spokesperson said.

Still unclear is the degree to which it would be legal/illegal in Utah to obtain abortion medication through the mail using tele-health services or to fund a person’s travel to and lodgings in a reproductive freedom state. But organizations are rapidly gearing up to offer workarounds to the various state and federal rules taking shape.

It should also be noted that before Roe, women’s groups performed many safe, clandestine abortions, and while far from the medical ideal, versions of those groups are all but certain to operate underground in anti-abortion states.

Galloway says: “No one’s really been able to figure it out because this trigger law was passed fairly capriciously, without any hearings or specifics. We, as Planned Parenthood, have engaged criminal lawyers to help us ferret out that language and unfortunately, at this point, it can only be tested in court, and I won’t ask my staff to volunteer for that.”

Are things going to be OK?
Galloway says: “There’s going to have to be a reckoning about power—power over other people’s bodies. And unfortunately, what it’s breaking down is men [having power] over women. Even though not all pregnant people identify as women, in its most crass form—totally nonpolitical, non-aware, just basic form—it’s men controlling women. And until we have that toe-to-toe, we’re not going to go anywhere.

“Until we have equality between the sexes, with acceptance and awareness of wanting to get along together and supporting each other in our needs to live our best lives, we’re just not going to be able to do it.”

Water study to be topic of public meeting