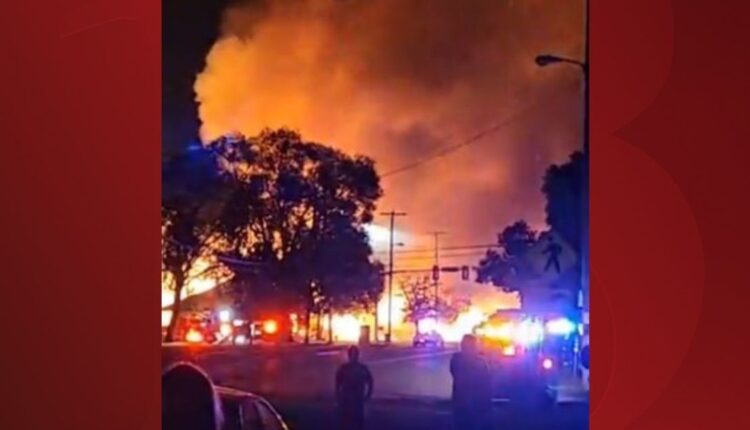 OGDEN, Utah – Firefighters are at the scene of a massive fire on 28th Street between Washington Blvd. and Grant Avenue.

The fire department of Ogden announced that the fire was reported for the first time on Monday evening around 10.30 p.m. and burned a three-story residential complex with wooden frames under construction. It then spread to five neighboring houses and one vehicle.

Officials from the Ogden Fire Department told FOX 13 that two people were still missing until 1 a.m. They are both reportedly disabled and live in the house next to the construction site.

Local residents have been evacuated from their homes.

The American Red Cross of Utah provides aid for those affected. A spokesman told FOX 13 that they are not currently opening an evacuation center but are “helping residents with immediate needs.”

At least two minor fires have also broken out: one about a block from the main fire and another near 17th Street and Wall Avenue (about 2 miles away).

It is not yet known what caused this, although a large amount of embers appeared to fly out of the massive multi-structure fire.

This happens just hours after another building fire was reported in the same area. Officials said an abandoned building near the 29th and Washington caught fire around 3:40 p.m. Monday. It was quickly tempered but still resulted in an estimated loss of $ 250,000.

Fire Department of the City of Ogden

A fire with five alarms broke out on Monday morning in a residential building in Salt Lake City, allegedly without a central fire alarm system. Local residents said they had to knock on neighbors’ doors to alert them.

It’s also been almost two weeks since another apartment complex under construction in Millcreek caught fire and caused millions in damage to the current building and neighboring companies.

Visit fox13now.com and check out Good Day Utah from 4:30 am for the latest updates.