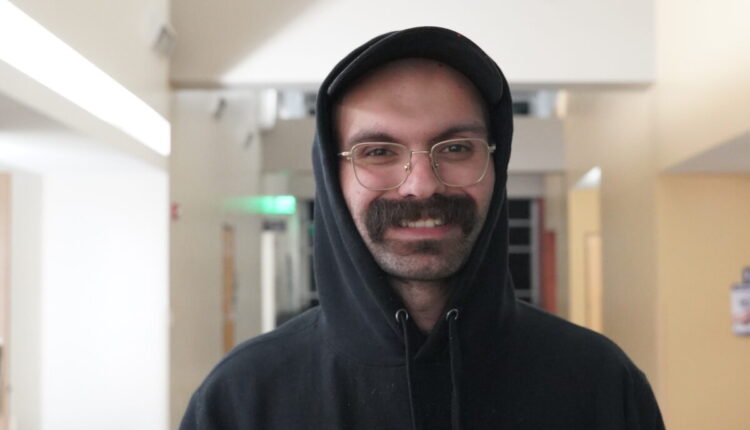 U talk: What are you thankful for? | News, Sports, Jobs

“I fight in full armor. I am grateful that I can even fight again in armor after an injury. … The doctors initially said that I would never be able to fight again, I would never be able to do activity. So, they were testing out a surgery — that was not new — just which had not been done before in a case like mine, where all my joints were messed up and everything. … So, after that was done, they told me that I would be able to fight again, probably not at the same level. … I went through all my physical therapy and I got back into armor two months ago and I am fighting way better than ever before. It was just an exhibition match when I first got back into armor. It was in Hilldale, Utah, just some renaissance fair that they hired us to fight for, and I was fighting at a better level than I had done before the injury. This Thanksgiving, the Salt Lake City Crusaders, which is the organization I fight on, will be involved with a fair. We are one of the biggest teams in America now. … We have about 40 suits of armor, or team members, now, and we dress up in suits of armor from every time period.” — Ollie Awadh, West Haven

“I am thankful for my sobriety. I have been sober for seven years in May. If it were not for my sobriety, I would not have anything. I have a beautiful wife who I have been married to for three years, and a beautiful daughter and my wife is currently pregnant and is due in March. My sobriety comes first and foremost, and I always tell my wife that if I do not have my sobriety, I would not have met my wife; if I do not have my sobriety, I do not meet my daughter. … I would have still been just out making bad decisions, so I am extremely grateful for that because there is not a day that goes by that I do not wake up and think, “Man, how is all this even possible?” It is cliché, but I was sick and tired of being sick and tired. I got myself into a situation where I had a moment of clarity and thought, “What am I doing here with these people? I have a degree, I have the opportunity to make something of my life and I am throwing it all away.” I was in Colorado at the time, drove back to where my parents live, California, and told them I needed help and I voluntarily put myself into 60-day rehab and I have been sober ever since. … I checked in on May 3, and I woke up on May 4, which is my sobriety date and I have not touched drugs or alcohol since.” — Kyle Lightner, North Ogden

“What I am thankful for, in general, (is) my family and friends, people that show common respect toward everybody. There was this guy that was at a Subway about a month ago and he was trying to buy a sandwich for his daughter, and he was short, I think $14, so I just paid for it. I have never seen a grown man cry like that before. He just broke down and cried for a good 10 minutes.” — Austin Mikkelson, Ogden

“I am thankful for my family. The support and love from my family is the reason I am here. … My dad and my wife, my kids, all of their sacrifice and support. … They support me for my decisions I make. When I was in the war, they supported me when I was over there. … On a day-to-day basis, they have always supported me; they keep me going through the hard times. …I am grateful that I live in the United States, too. I am a veteran. I was born in Guatemala. Things are not 100 percent perfect, but the blessings we have here — a lot of people do not appreciate the blessings we have because they have not seen what is out there. I’m grateful for everything. I mean, I can do whatever I want, basically.” — Adam Planter, Ogden

Photos and interviews by Adam Rubin, Special to the Standard-Examiner.

Have a suggestion for a question you’d like us to ask? Send it to [email protected]

Learning to row, from the pros | Hatch Magazine